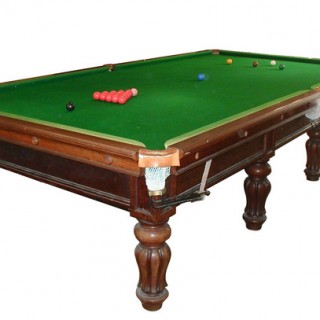 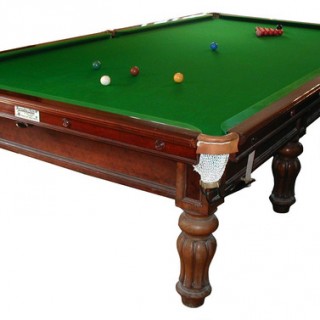 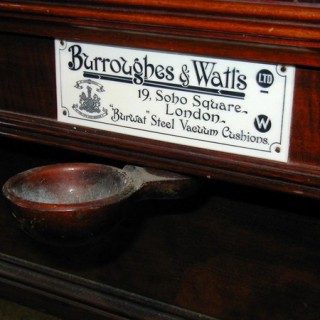 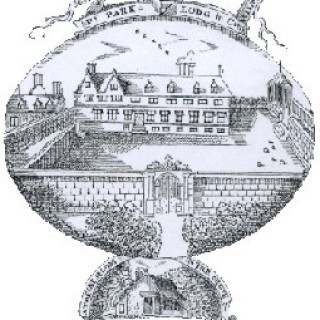 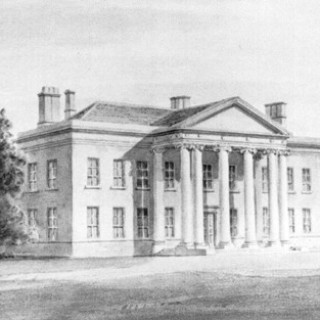 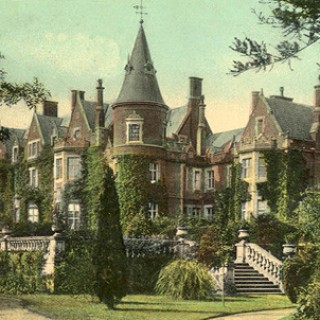 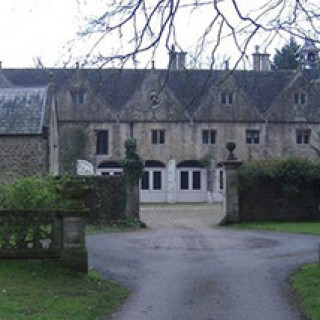 This is a very good table indeed. It is made of the best cuts of dense grained mahogany from south America with interesting grain pattern that has aspects of flame and plum pudding in it. It has a proper thick slate bed and weighs around 1 1/2 tons. The moulding round the edge adds a delicacy of line and the legs are an unusually fine shape for an antique billiard table. The reeding on the legs is an especially good feature, and would have been an extra on the bill.

Burroughes & Watts helped pioneer the game of professional billiards and later professional snooker. In those early days and for many years to come, there was keen competition between the company and its rivals for the honour and kudos of providing the tables upon which the various championships, including the World Championships, were played

Burroughes & Watts thus gained a formidable reputation world-wide for the quality of its billiards tables, cues and accessories and by 1900, not only only did it have branches in many of the major cities in the U.K., it also had branches in many countries throughout the world, including India, China, Australia, South Africa and Canada.

Such was the reputation of the Burroughes & Watts name that it received considerable royal patronage, especially from Queen Victoria, who was, together with her husband Prince Albert, a keen billiards player. She held the name in such high esteem that she bestowed a Royal Warrant on the company and it was thus appointed supplier of billiards tables to Her Majesty the Queen. Royal warrants quickly followed from the Prince of Wales, and later Kind Edward VII, the King of the Belgians and the King of Greece. As a result, even to this day, many of the royal palaces and even more of the stately homes in the UK as well as overseas, boast a Burroughes & Watts table.

Overseas, the company gained many prize medals at international fairs in Europe, Asia, Africa, Australia and North America for the quality of its products which in turn led to enormous world-wide recognition and exporting success.