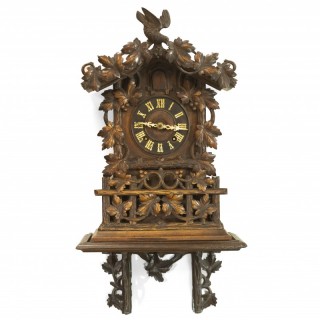 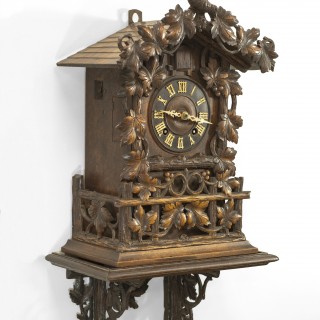 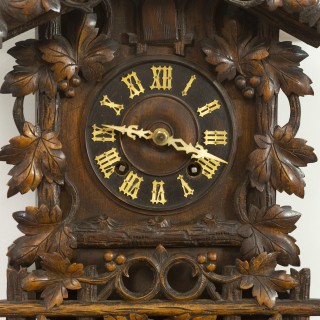 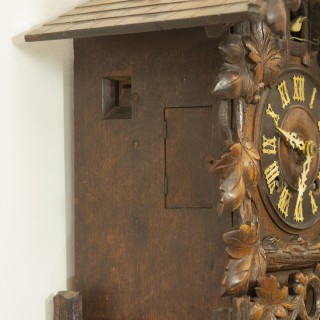 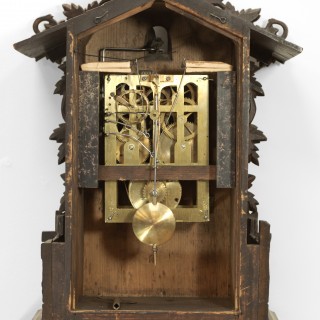 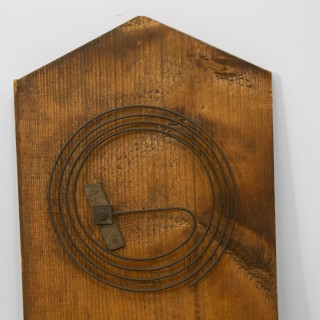 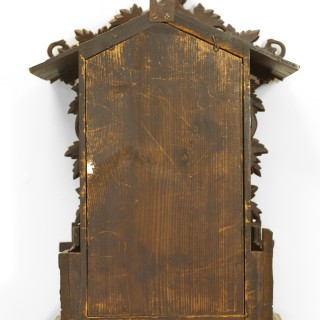 The beautifully carved shelf case features a cuckoo in flight on the roof gable. The roof has a carved shingle effect, over the carved vine leaves which adorn the house and fence.

The two-train 8-day movement is spring-driven; the time-side is on a fusee, the strike side is on a going barrel. The hand painted articulated cuckoo calls on the hour and the passing of the half hour. The hourly cuckoo call is accompanied by a gong strike.

The movement is in excellent condition, the bellows having been recovered in the recent past. Although working well, the movement will be overhauled and the clock guaranteed for 3 years.

The dial has the original Roman numerals and matching bone hands, quite plain in design.

The back door carries the gong in the usual fashion. Above the gong is a hand-written 2083, the maker’s model number.