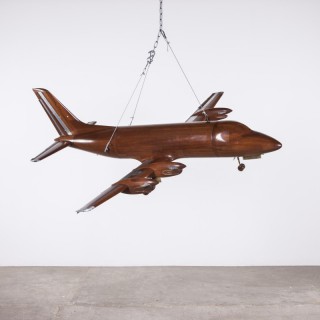 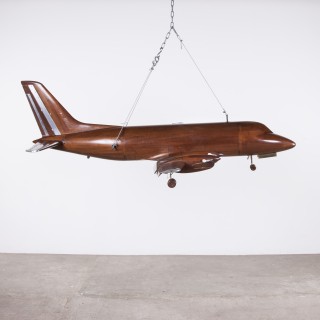 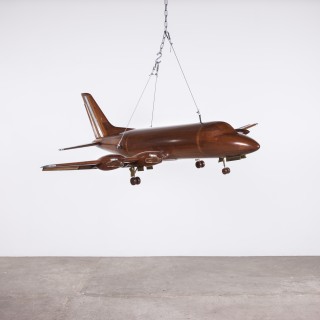 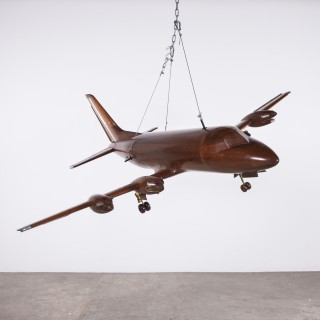 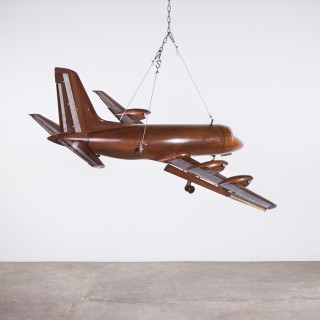 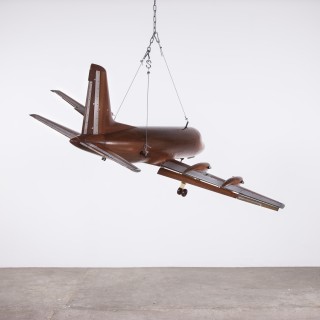 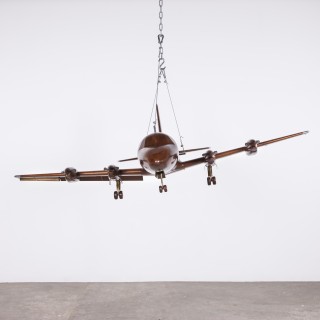 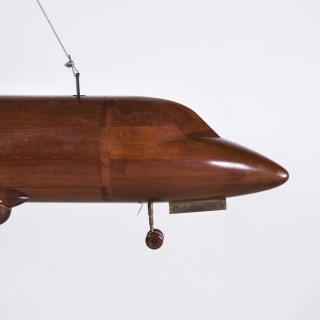 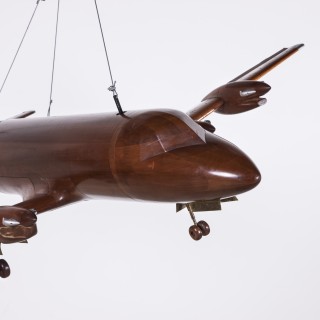 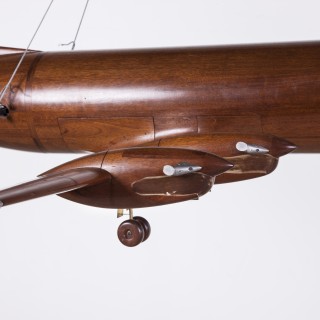 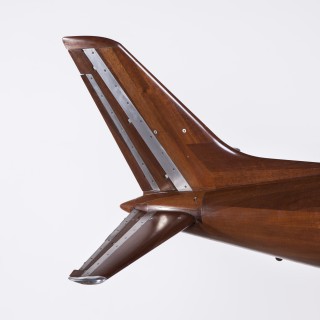 The model is constructed out of laminated mahogany, and is built to the highest standards, it has moving ailerons, rudder, and trims.

It was made in 1969 by F.W. Dixon & Co of Newton MA, for General Aircraft Corp. Pasadena, California. See photographs of the model being made in the F.W. Dixon workshop.

The model was tested in the wind tunnel at the Guggenheim Aeronautical Laboratory, Cambridge, MA. The tests were led by Prof. J.T. Bicknell of MIT (Massachusetts Institute of Technology), 26th of February 1969 to 9th of April 1969.

The GAC-100 was designed as a low wing monoplane with four turboprop engines mounted on the leading edges of the wings. The all-metal fail-safe semi-monocoque tubular fuselage was to have been pressurized and to accommodate a flight crew of two, 50-60 passengers.Power was to be supplied by four Pratt & Whitney Canada PT6A-65R turboprop engines driving five-bladed Hartzell Propeller constant speed reversible propellers. Designer Ladislao Pazmany.