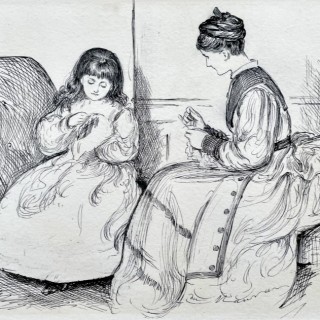 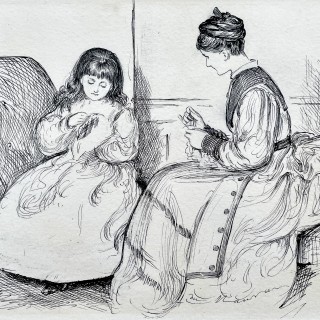 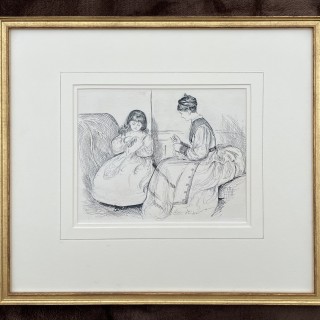 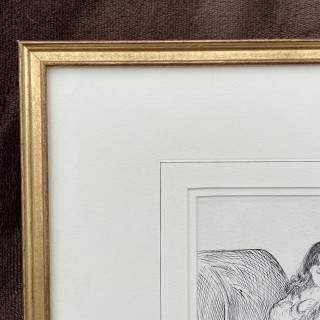 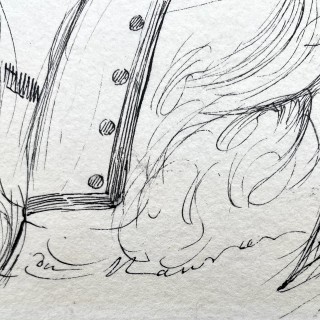 Ada: “What horrid things black-beetles are, Miss Grimm!
The kitchen is full of them!”

The Governess: “I agree with you, Ada!
But as they are not beetles, and not black,
perhaps you will call them cock-roaches for the future!”

Ada: “Certainly, Miss Grimm; although they are not roaches, and not cocks!”

George Louis Palmella Busson du Maurier was born in Paris and came to London as a student studying Chemistry at University College in 1851. He returned to Paris as an art student in 1856-7 to work under Gleyre and there made the acquaintance of Whistler and Poynter (a period of his life to feature in his novel Trilby). The loss of an eye precluded him from following a career as a painter and he decided to concentrate on black and white work. He returned to London in 1860 and took up book and magazine illustrating becoming one of the greatest social satirists of the period. From 1864 he became a regular contributor to Punch and succeeded John Leech as one of the chief observers and caricaturists of Victorian fashion and high society.