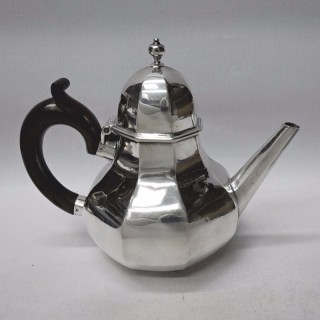 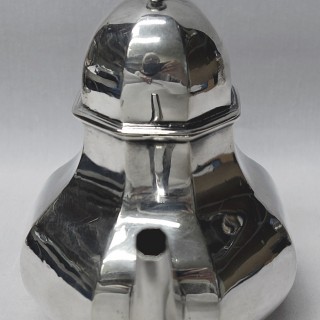 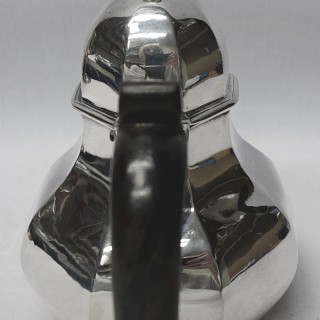 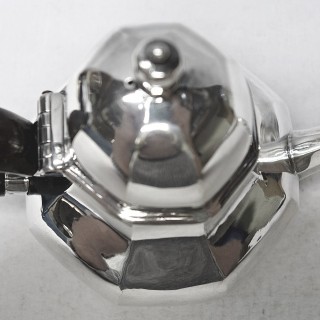 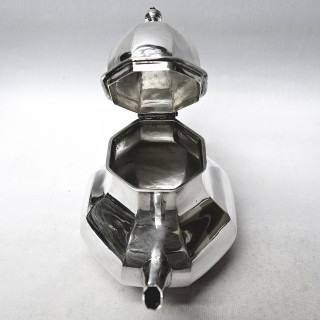 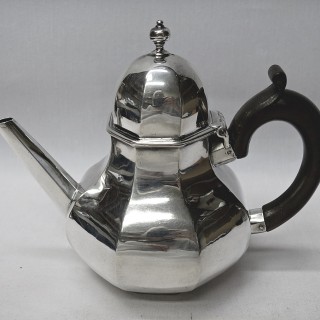 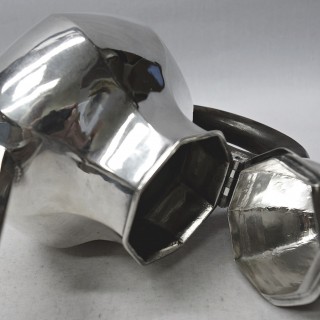 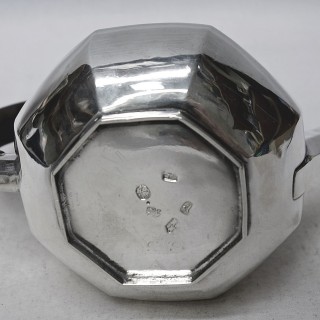 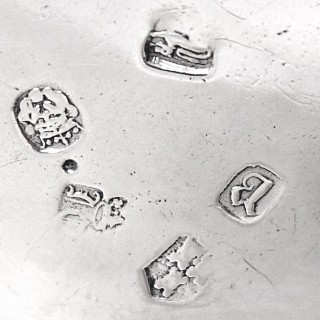 Biography – John Carnaby, Newcastle silversmith. Apprenticed to Francis Batty 1709. In 1718 he went into business on his own account and became warden of the Company of Goldsmiths of Newcastle for the first time in 1721, and again in 1729 /30. In 1726 he also became an innkeeper but continued his career as silversmith alongside. Carnaby is recorded as the maker of the punches used at the Newcastle assay office. Carnaby died circa 1735 and his widow continued the business into the late 1740’s.

Early teapots were of small capacity because of the rarity of tea. Although there are a few 17th century teapots in existence, there is little likelihood of finding one dating before 1710. The earlier the teapot the smaller they tend to be as tea was a very expensive commodity until the middle of the reign of George I

This rare little silver teapot is in very good condition with no damage or restoration. Stamped underneath with a full and clear set of English silver hallmarks, the lid is unmarked. This pot has been water tested and doesn’t leak. It pours beautifully.