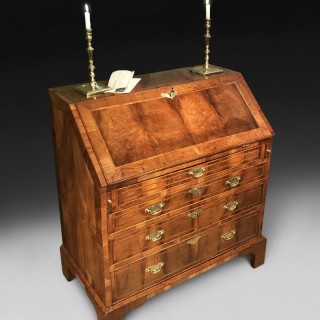 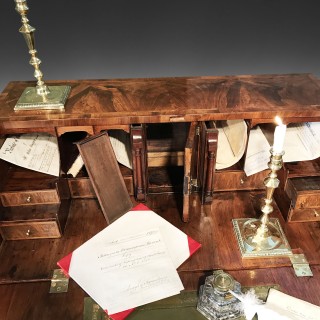 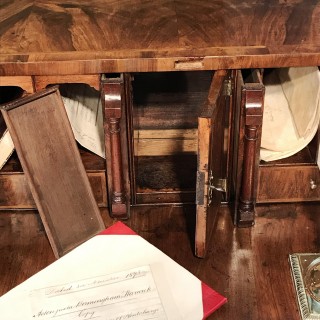 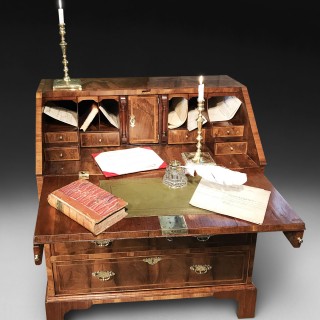 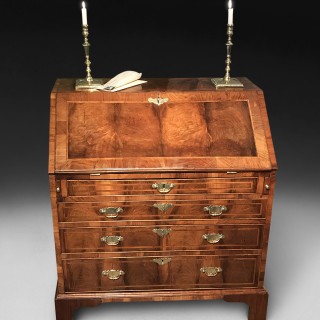 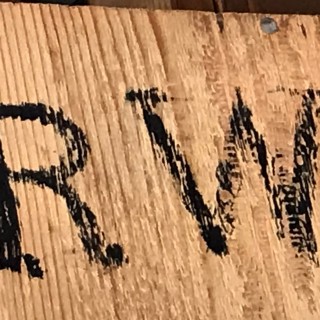 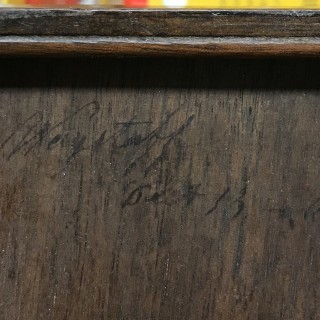 An early 18th. Century walnut and feather banded bureau with stepped fitted interior of drawers and pigeon holes around a central door all above four graduated drawers and raised on bracket feet. There is a secret compartment hidden in one of the pigeon holes which bears the inscription “Wagstaff” followed by some further letters and numbers. One of the main drawers bears the initials R W which suggests the piece was once owned by a Robert or Richard Wagstaff.