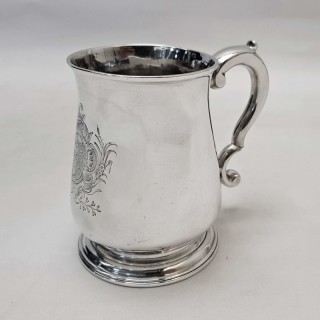 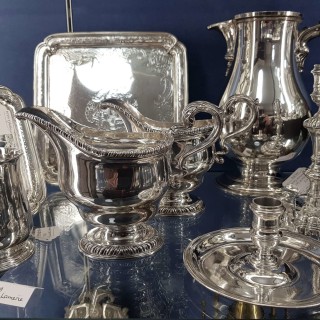 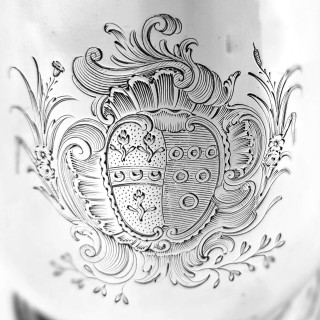 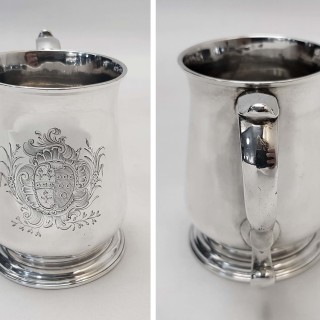 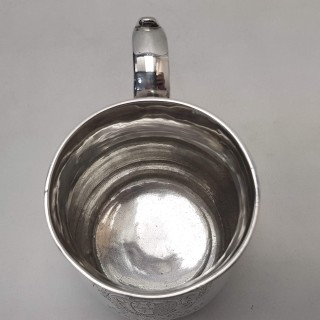 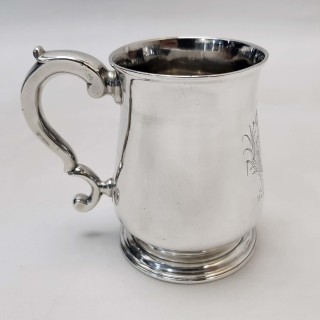 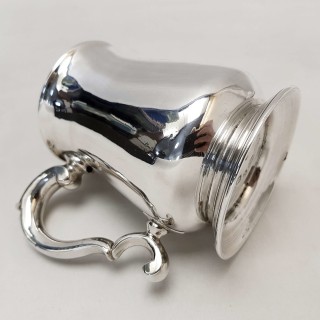 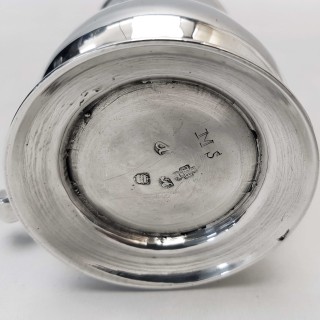 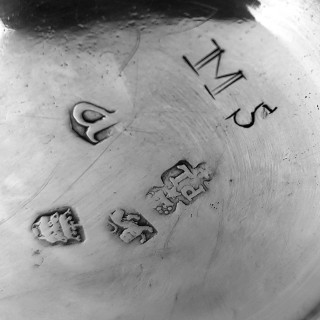 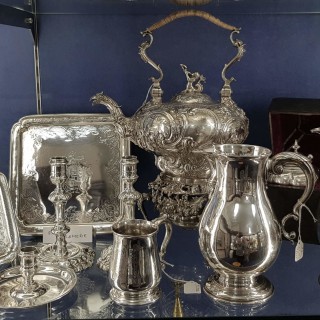 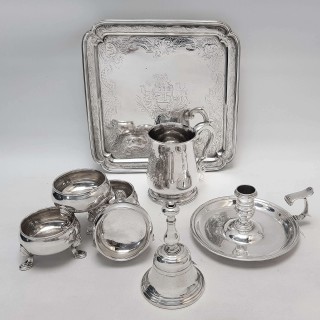 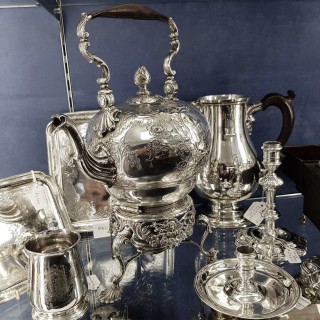 An excellent quality antique silver tankard by the important and sought after Huguenot silversmith Paul de Lamerie. Small size and suitable as a child’s cup. With the plain style typical of this date this mug has an attractive baluster shape, a simple S scroll handle, and a wide spreading foot. Hand engraved to the front is a finely engraved armorial within a decorative cartouche.

Marks. Stamped underneath with a full set of English silver hallmarks. Also, etched to the base are the owner’s initials “MS.”

Paul de Lamerie (9 April 1688–1 August 1751). The Victorian and Albert Museum describes him as the “greatest silversmith working in England in the 18th century”.

Born in Bois-le-Duc, his French Huguenot family chose to follow William of Orange to England during the Glorious Revolution. In August 1703, de Lamerie became the apprentice to a London goldsmith of Huguenot origin, Pierre Platel (1659-1739). De Lamerie opened his own workshop in 1713 (1st mark “LA” – Britannia mark) and was appointed goldsmith to George I in 1716. 2nd mark 1733 – sterling mark). He worked in partnership with Ellis Gamble – formerly apprentice to Master William Hogarth- between 1723 and 1728. His early work is in the simple Queen Anne style, following classical French models, but de Lamerie is noted for his elaborate rococo style of the 1730s, particularly the richly-decorated works of an unidentified craftsman, the Maynard Master. Leaving his first premises in Great Windmill Street he moved to 40 Gerrard Street in 1738. Here he lived and probably had his shop, his workshops being located in one of the 48 properties he owned in the area.

The term “Mug” is traditionally used for a single-handed, lidless drinking vessel and these are nearly all either pint or half pint capacity. They are rarely found as early as tankards, the first ones being circa 1680. Nowadays mugs are often referred to as “tankards.”