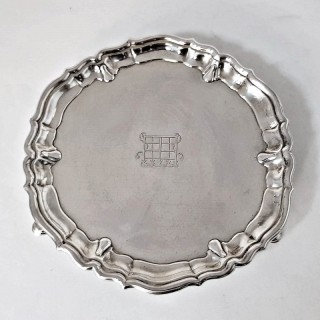 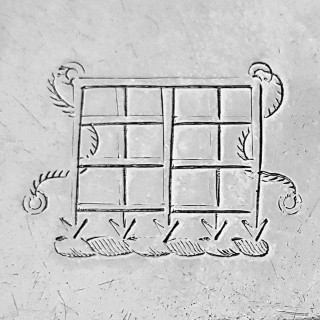 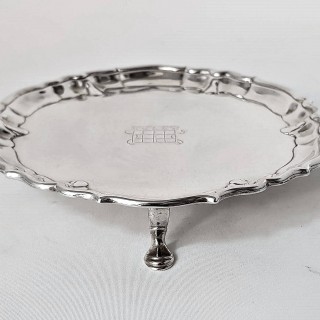 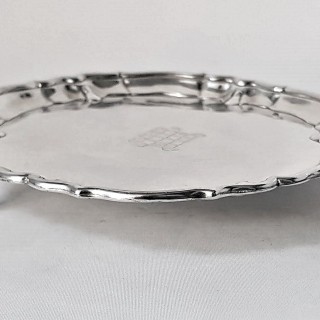 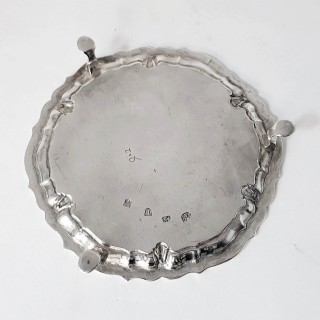 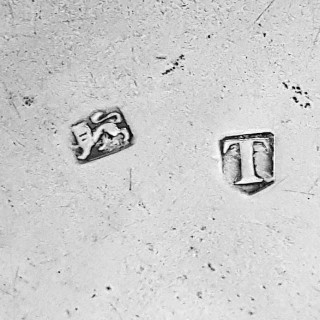 A good antique silver salver of plain design with a shaped border. With contemporary hand engraved crest of a portcullis. These small size trays are often referred to as waiters and are ideal for use with small objects such as glasses and bottles.

JOHN TUITE
John Tuite was apprenticed to John Matthews of Dublin goldsmiths in 1703 and worked in Dublin from 1710 to 1720 before moving to London in 1723. Tuite specialised in making salvers and had a very distinctive makers mark incorporating a ewer with his initials “IT”. Died 1740.

Arms. The portcullis was the heraldic badge of the House of Beaufort, and the first Tudor king, Henry VII. Since then, the portcullis has been a moderately common motif of English heraldry, especially that heraldry dating from the Tudor period.

The salver is in very good condition. Stamped with a full set of English silver hallmarks.