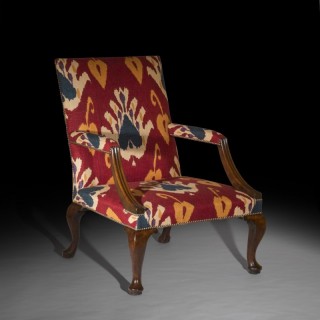 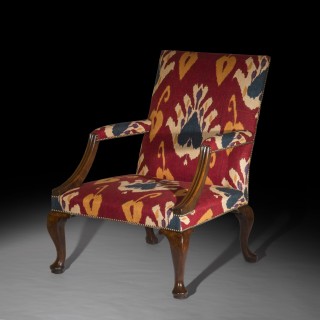 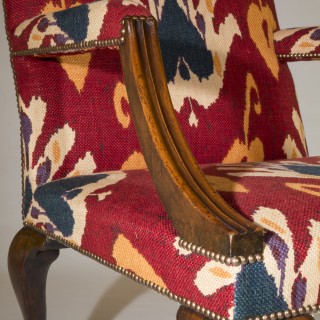 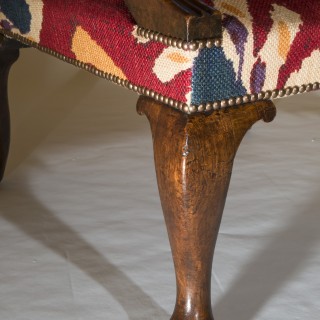 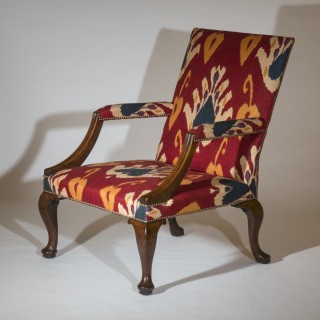 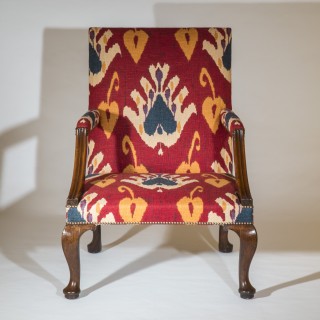 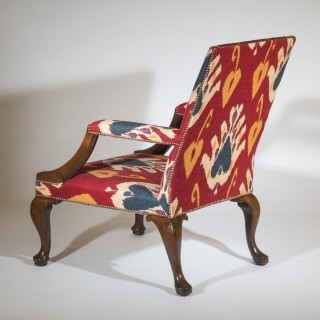 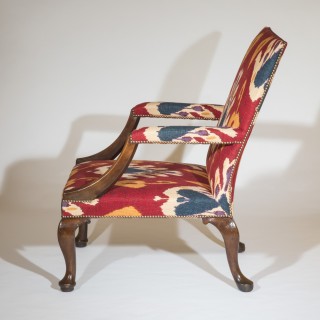 The square back between the downswept armrests over padded seat, the whole raised on well-drawn cabriole legs at front and back. In fine antique condition, with minor historic restorations. Newly reupholstered.

Giles Grendey established his workshop at St. Paul’s, Covent Garden by 1720, and moved to premises at Aylesbury House, St. John’s Square, Clerkenwell just over two years later, where he was described as a ‘Cabinet-Maker and Chair-Maker’. Unusually, he appears to have developed a thriving export trade, for when fire struck his premises on the morning of 3 August 1731, over one thousand pounds worth of furniture ‘pack’d for Exportation against the next morning’ was destroyed. Indeed, his most famous commission came from a Spanish client, the Duke of Infantado, for whose castle at Lazcano in northern Spain, Grendey supplied a seventy-two piece suite of scarlet-japanned seat and cabinet furniture between 1735-40, parts of which are now preserved in the museum collections of the Metropolitan Museum of Art, New York; the Victoria and Albert Museum, London and Temple Newsam House, Leeds.

in the manner of giles grendey