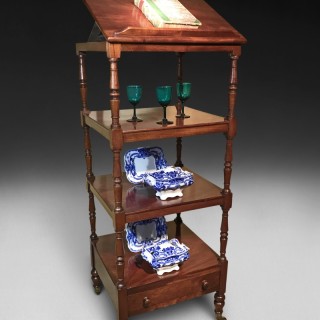 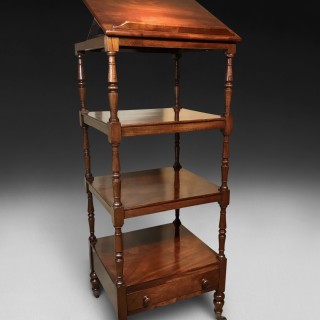 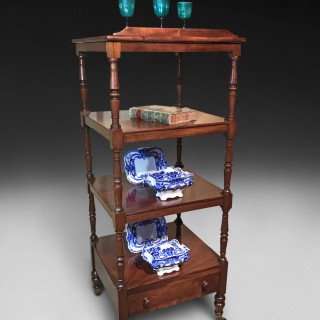 A George III Period Mahogany Four Tier Whatnot with hinged adjustable reading stand above three further tiers, the frieze fitted with a drawer and raised on turned feet with brass cups and castors.

The passion for collecting and displaying ornamental objects that began in the 18th century and was widespread in the 19th stimulated the production in England of this whimsically named piece of furniture. The French version was called the étagère. Some examples contain drawers at the base.
The early versions, which appeared toward the end of the 18th century, were light and elegant in design, but as time went by the whatnot lent itself to extravagances of ornament.