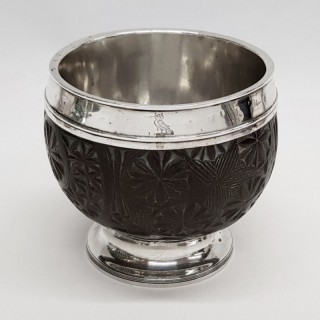 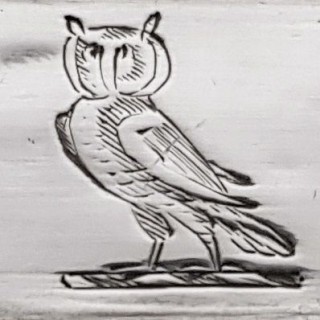 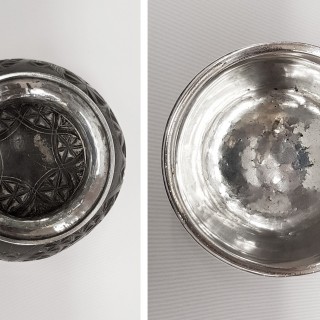 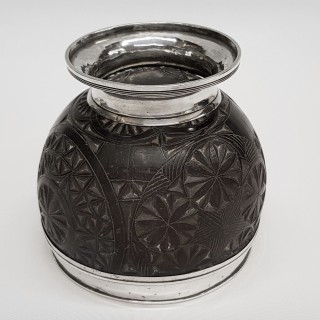 Of colonial interest. An antique sterling silver mounted coconut bowl or cup on an applied silver foot. The nut has a carved rosette decoration. There is a hand engraved crest of an owl to the front of the rim. Height 10 cms. Diameter 10 cms. Unmarked. Circa 1800. English or continental.

Coconuts were prized in early times for their healing powers and drinking vessels were often formed from them. The coconut cup is a variety of standing cup, made and used in Europe in the 15th and 16th Century, with a revival in Georgian England. Usually they have a pedestal foot or 3 ornamental feet and are mounted in silver or Old Sheffield plate. Many coconuts were carved on board ship by the sailors (or prisoners of war).

This charming silver mounted coconut cup is in good condition with no restoration. The silver is in good order with some minor dinks. The foot rim is slightly off centre.