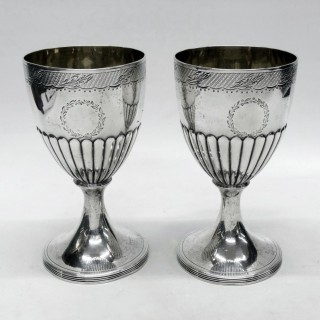 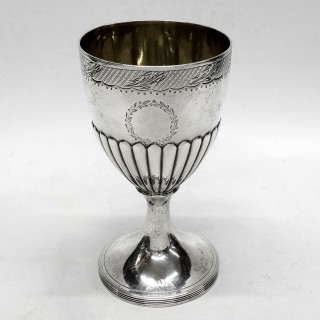 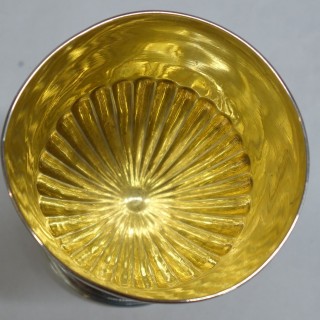 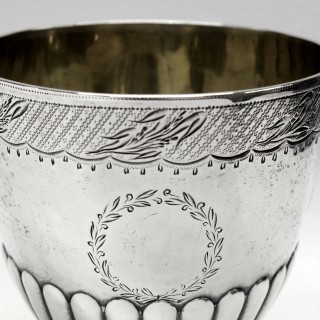 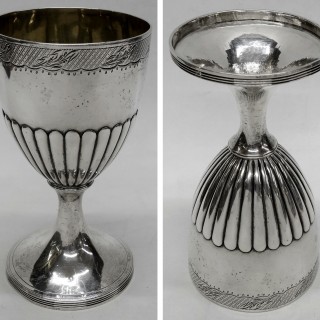 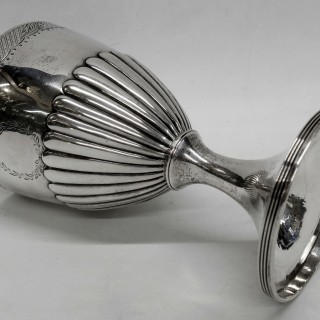 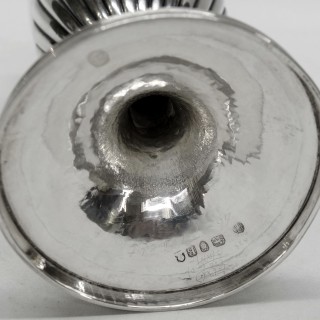 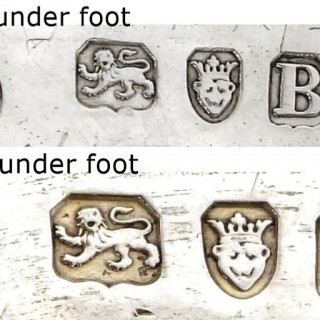 A handsome pair of antique sterling silver drinking chalices each with a tapering bowl on a spreading base. Classic plain style and half ribbed body ornament. The rim has a border of fine quality hand engraving and around the base there are three lines of bright cut dot engraving. Original gilt interior. Good gauge silver. Total weight 508 grams, 16.3 troy ounces. Each contains 350 ml. Height 16.5 cms. Diameter 8.9 cms. London 1797. Maker Henry Chawner & John Emes.

John Emes, London silversmithery with prestigious origins. Originally established by Anthony Nelme c.1680, taken over by Francis Nelme in 1722 and then Thomas Whipham in 1739, passing it to his son Thomas Whipham jr (took Charles Wright into partnership) in 1756.

Henry Chawner took over the business in 1786; Chawner had been Edward Barnard I’s master and Barnard’s son Edward became foreman of the firm.

These attractive silver goblets are in very good condition with no damage or restoration. Stamped underneath with a full set of matching English silver hallmarks. Uninscribed, The hand engraving is crisp. Original bright gilt interior.
Please note that this item is not new and will show moderate signs of wear commensurate with age. Reflections in the photograph may detract from the true representation of this item.