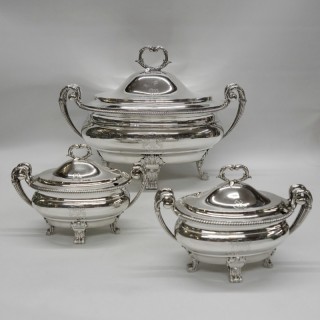 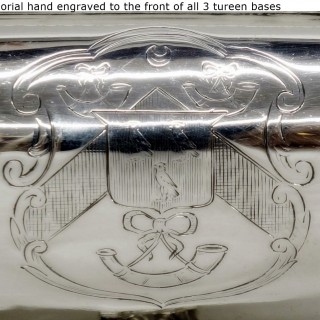 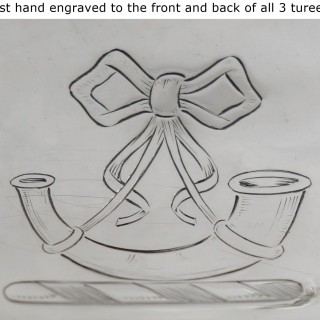 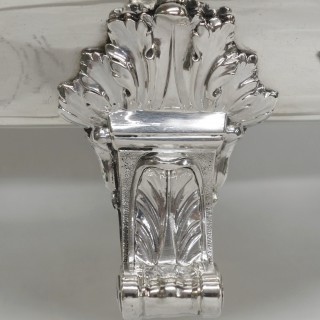 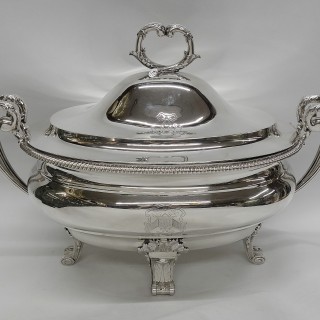 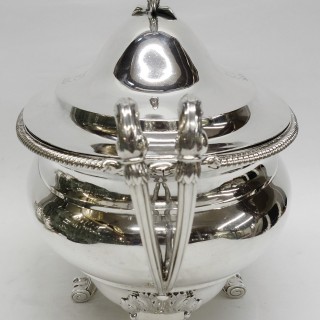 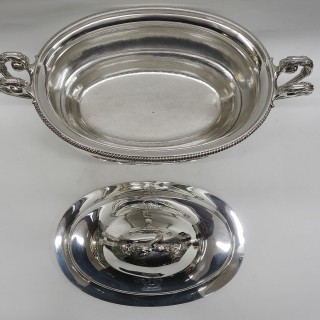 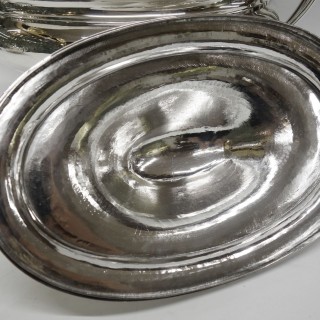 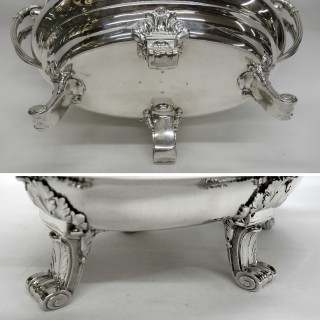 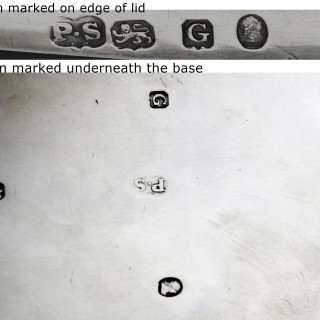 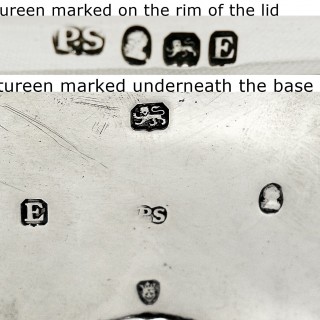 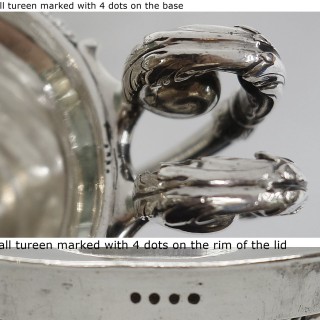 Paul Storr (1771 – 1844), was one of the most talented silversmiths of the late Georgian period. Today his legacy of exceptionally well crafted silver can be found worldwide in museums and private collections. Son of Thomas Storr, a silver chaser, he was apprenticed in 1785 to Andrew Fogelberg. First mark entered as plateworker in partnership with William Frisbee in 1792. Second mark alone 1793. 3rd mark 1793. 4th mark 1794. 5th mark 1799. Subsequent 6th – 12th marks entered 1807-1834. By the beginning of the nineteenth century he had established himself as one of London’s top silversmiths producing, amongst others, commissions for Royalty.

These handsome tureens are in very good condition with no damage or restoration. The bases and lids are stamped with matching English silver hallmarks and all have the Paul Storr maker’s stamp. The small tureen tops and bases are numbered 3 and 4 with little dots.
Please note that this item is not new and will show moderate signs of wear commensurate with age. Reflections in the photograph may detract from the true representation of this item.