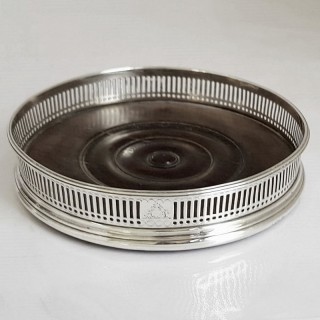 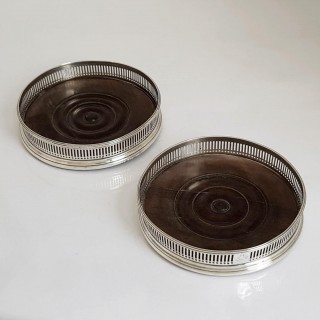 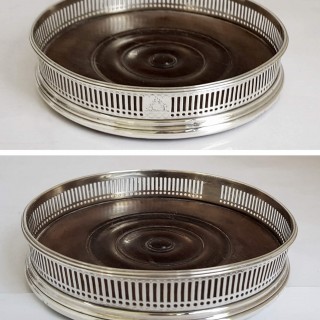 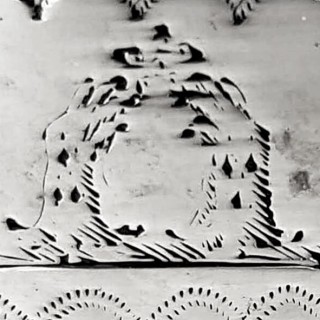 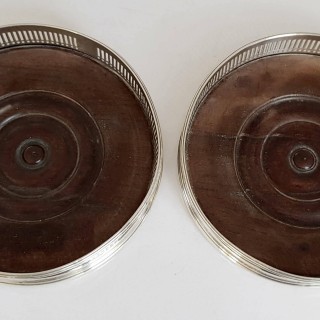 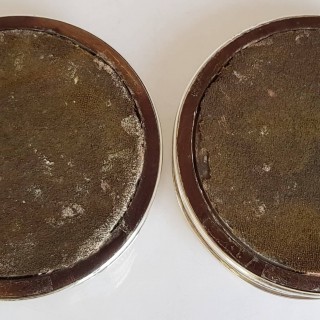 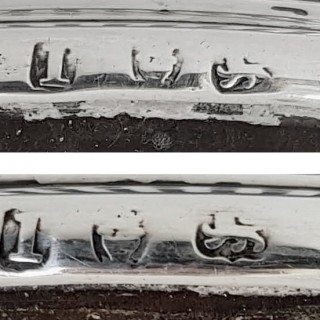 Wine coasters were not made until the 1760’s when they were produced from pierced sheet similar to the cake baskets of that date. They were usually made in pairs, sometimes fours, but it is rare to find an antique set longer than four.
The silver hallmarks were often stamped on the edge of the base and as a result the marks can sometimes be difficult to read, either because they were badly struck or because, over the years, they have become rubbed.

This charming pair of sterling silver wine coasters are in very good condition. The engraved crests have lost a little definition. The silver marks are stamped on the edge of the base and, for this reason, are slightly worn but still readable. The baize underneath is probably original but tatty. There is a minor fault to one of the wooden centres.
Please note that this item is not new and will show moderate signs of wear commensurate with age. Reflections in the photograph may detract from the true representation of this item.