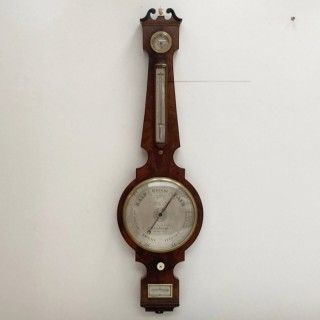 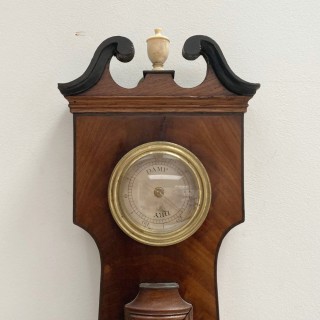 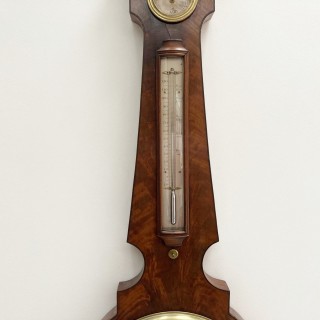 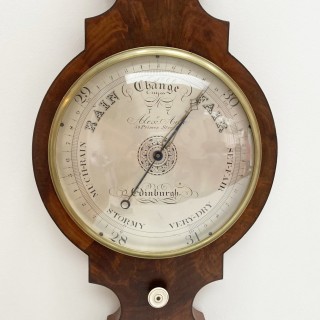 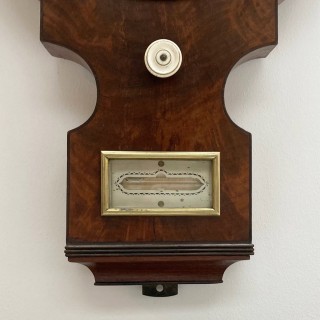 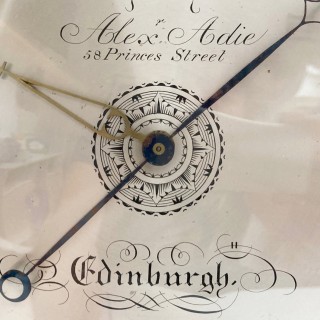 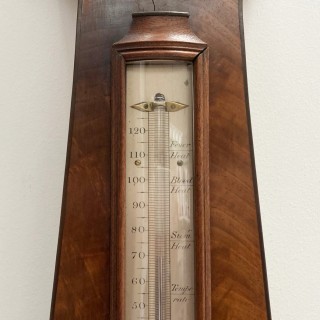 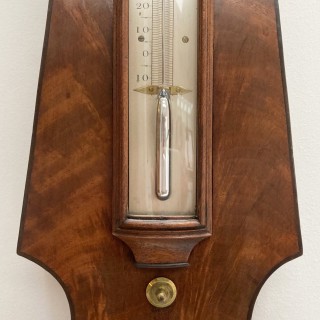 For sale, a George IV wheel barometer by Alexander Adie of Edinburgh.

This top quality barometer is comprised of a flame mahogany veneered body with ebony stringing along its perimeter. It has a ten inch silvered dial with a scale running the full circumference and measuring 28 to 31 inches of atmospheric pressure. Weather indications are engraved around the underside of the scale. The centre of the dial is embellished with a superbly engraved star motif and the maker’s name “Alexander Adie, 58 Princes Street, Edinburgh”. The dial enclosed behind a brass spun bezel with convex glass. The dial is completed with an instricately designed blue steel pointer and brass set hand which is hand operated by an original set knob below.

The base has a bubble level contained behind a slivered and engraved face plate with thick rectangular brass bezel.

A superior quality wheel barometer comprised of the best materials and executed by the most famous of the Scottish instrument making families of the Nineteenth Century.

The neck of the barometer holds a removable Fahrenheit thermometer with bow fronted glass case and at the crest, a wheat beard hygrometer with moulded brass bezel and convex glass. The top of the barometer is completed with a broken swan neck design with a vase finial between.

The history of the firm, Adie & Son began in 1776 with the celebrated Edinburgh scientific instrument maker John Miller, the uncle of Alexander Adie. Miller himself had been apprenticed under the world renowned maker George Adams so Alexander was privileged to have had an uncle from such a prestigious background.