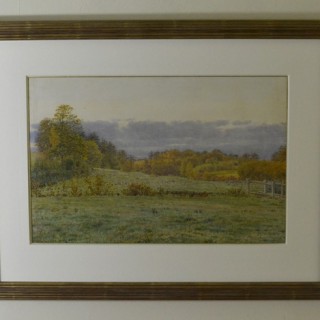 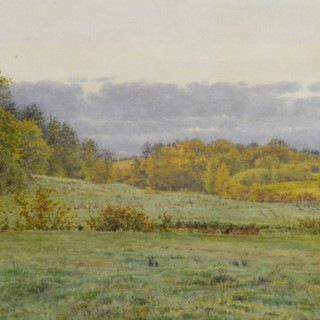 Boyce initially trained as an architect but after a meeting with David Cox in Wales in 1849 decided to give up architecture in favour of painting. In about 1849 he met Rossetti and the two became close friends sharing a house together for a time in Chatham Place, Blackfriars. Boyce concentrated on landscape watercolours, applying the strict Pre-Raphaelite principles of truth to nature. His diaries are a valuable source of information on the Pre-Raphaelites.

Boyce exhibited at the Royal Academy from 1853-1861 but mainly showed at the Old Watercolour Society where he exhibited a total of 218 works in the summer and winter exhibitions. Works by him are in many public collections including the Tate Gallery, British Museum and Victoria & Albert Museum.

In the spring of 1874 Boyce exhibited four Surrey landscapes at the Old Watercolour Society including views at Salford and Chiddingfold.