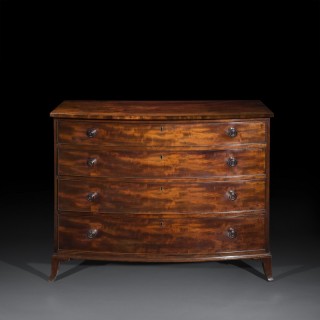 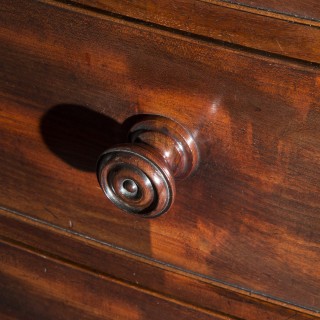 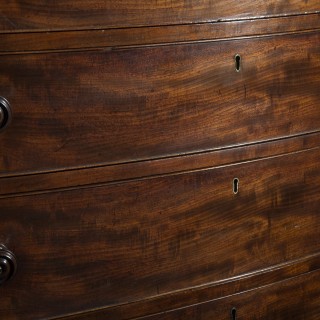 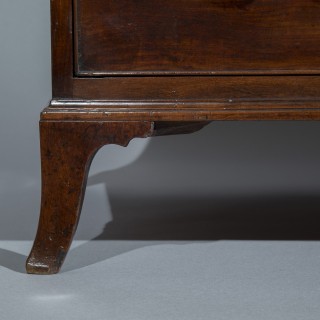 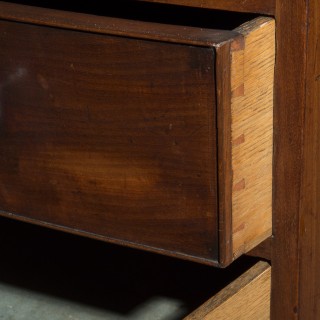 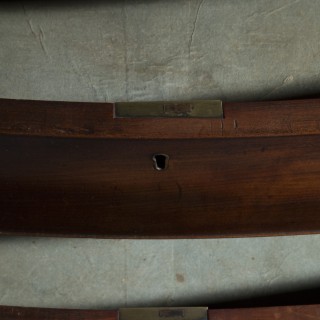 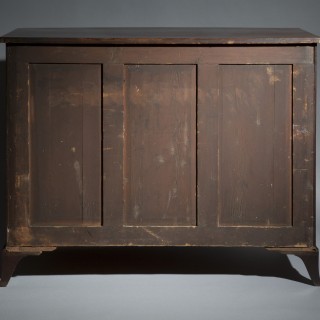 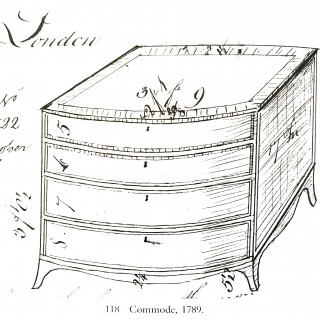 Why we like it
This remarkably well drawn design, introduced by the Gillows firm as early as in late 1780’s, was so good that it had remained popular some 10-20 years later. This particularly rare suvivor of the later examples, remarkably, still retains all its original finely turned knobs – a fashionable feature at the turn of the century, and the original pale-blue paper drawer linings. Knobs of this signature Gillows design are often seen on tables but very rarely on commodes – due to their fragine nature they were prone to chipping and breaking under the load of the heavy drawers, or simply were replaced by the dealers. Beautifully original unrestored condition, superb mellow colour and rich patination.

The striking resemblance of the present chest to the Gillows’ drawings, as well as a number of constructional and design features, common with the documented examples, including the elegant outswept feet, referred to by Gillows as ‘French’ feet, original knobs and the triple-panelled backboard, make this attribution to the Gillows firm fairly certain. The present piece’s exceptional quality, smart choice of veneers and pleasing proportions are also typically associated with the Gillows’ oeuvre.

Established in the early 18th century, Gillows of Lancaster are among the few most celebrated English furniture makers, famed for their use of fine timbers and exceptional quality of craftsmanship.