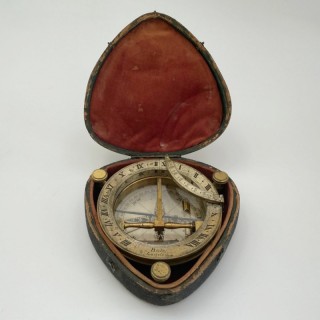 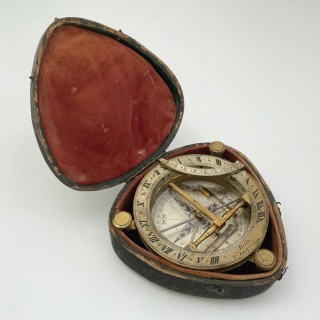 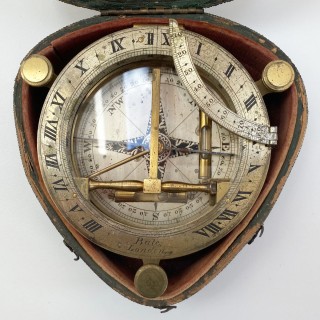 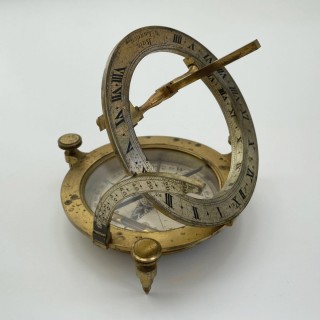 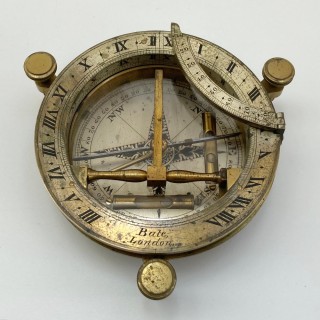 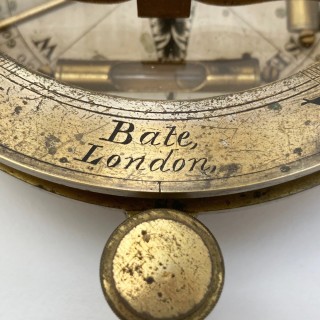 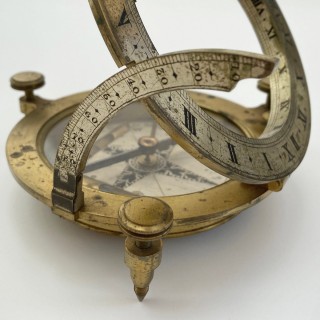 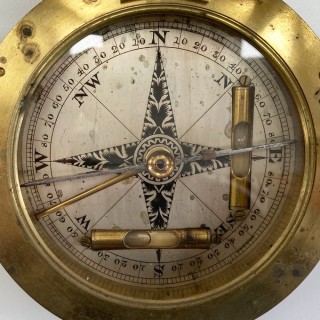 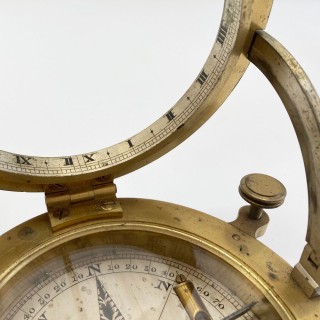 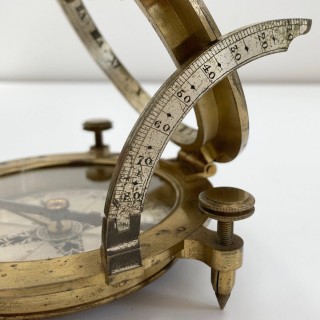 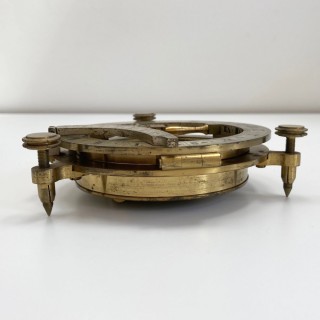 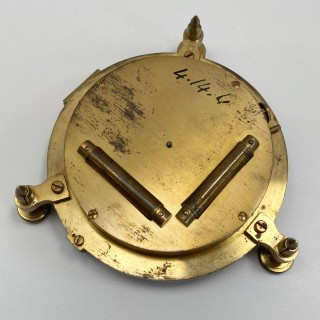 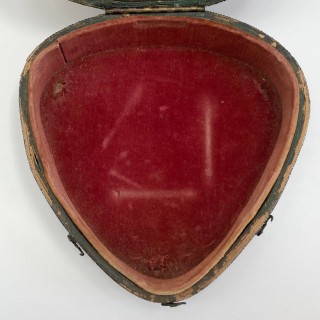 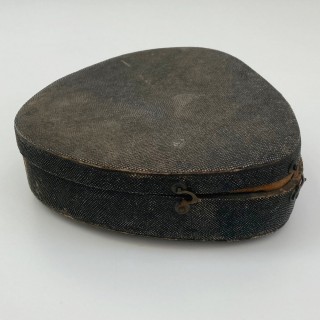 Comprised of a base plate supporting a silvered dial compass with two bubble levels. The level is set by means of three levelling screws which are attached around the outer circumference. The engraved hour plate is marked to the top and the inner circumference and bears the maker’s name of “Bate, London”. It is hinged to the base enabling it to be angled at various latitudes set against the scale on the secondary arm to the side.

The gnomon is also hinged within the hour plate and can be turned out for use and lain flat whilst in transit.

The maker, Robert Brettell Bate was a very high quality manufacturer of scientific instruments working in the early part of the Nineteenth Century. Born in 1782, to a family of Bankers in Stourbridge, he initially travelled to London to become a Haberdasher under his Uncle Robert Brettell. His Aunt also living in London was married to Bartholomew Sikes, famous for winning favour with The Board of Excise for his hydrometer design in 1802.

In 1804, Robert Bate married his cousin, the daughter of his aunt Mary and Bartholomew Sikes, however it was followed quite shortly with the sudden death of Sikes. Supported by his newly widowed Aunt, Bate took over Sike’s business and its Government commission and successfully persuaded the Board of Excise to adopt the “improved” hydrometer that his Father in Law had been working on before his untimely death.

At this time, the company was being run at 17 Poultry where in 1814 he became a member of the Spectacle Maker’s Company of London, by 1824 his reputation was such that he was further commissioned by the Board of Excise & Ordnance to make the new national standard Imperial measures for weight & capacity created by George IV, this event led Bate to acquire further premises at 20 and 21 Poultry. It was this Governmental relationship that underpinned his entire career, leading to an important commission from the US Mint where his Troy pound standard weight became legal standard for US coinage at the time and his instruments were also known to have been used by The East India Company, The Royal Navy, The Board of Ordnance, The Hydrographic Office and The Bank of England.

His quality of manufacture led him to receive Royal Appointments from George IV, William IV and Queen Victoria where he acted as Optician and he eventually rose to become Master of the Spectacle Maker’s Guild in 1833. He was also known to have acted for the Admiralty as its main chart agent with numerous sub agents acting below him such as his old apprentice and instrument maker to The Royal yacht Club, George Stebbing.

The final two decades of his life (the 1830’s and 40’s) were riddled with ill health probably due to the amount of work that he was undertaking. He travelled widely across the UK and abroad for health reasons but still maintained lively correspondence with his customers. Owing to its output, the business found it sometimes necessary to buy in work from other instrument makers. Later in his career, he is known to have purchased microscopes from both James Smith and Powell & Lealand but conversely it supplied others in both the regions and in London. Bate is listed as a creditor in the bankruptcy proceedings of the famous makers William Harris and also W&T Gilbert.

Bate traded from his Poultry street addresses for the majority of his career although he moved to number 33 Royal Exchange in 1846 until his death shortly after in 1847. Bate’s widow continued to run the business until 1850 whereafter the Excise work was taken over by Dring & Fage and the Admiralty Chart side of the business went to Bate’s former employee, John Dennett Potter.

A good honest example of an iconic instrument by a top London maker. Circa 1820