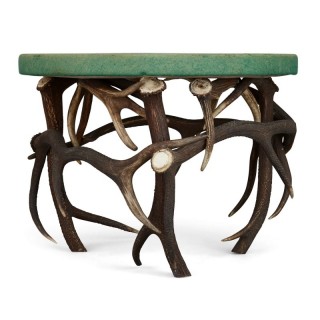 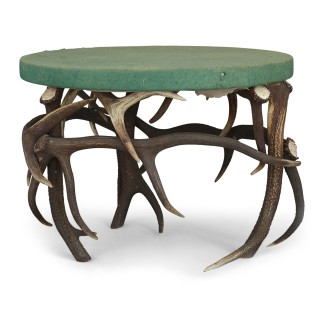 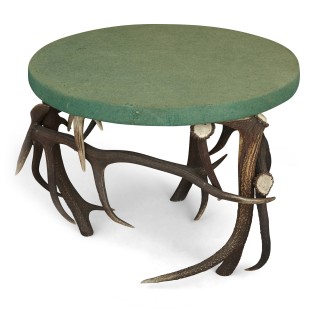 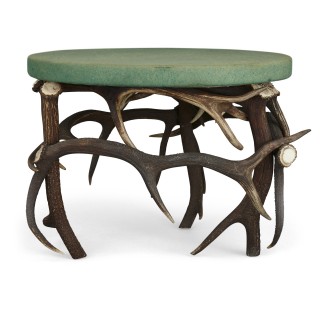 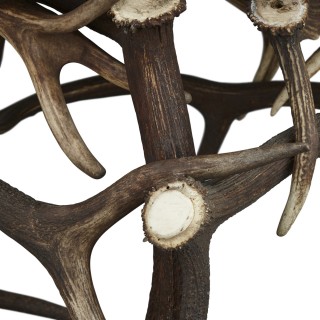 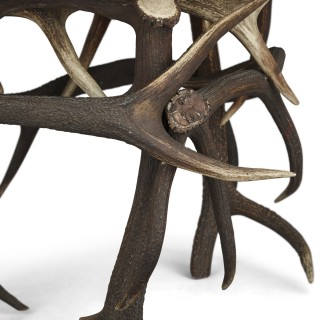 This unusual table, an example of ‘antler-seat furniture’, was likely crafted in Germany in the early 20th Century. It stands on three large antler legs, which intertwine. The circular table top is covered in green felt.