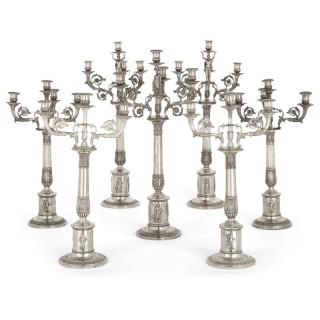 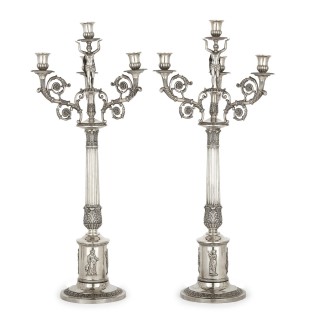 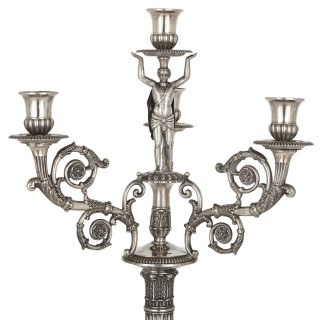 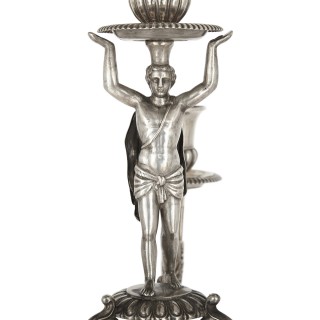 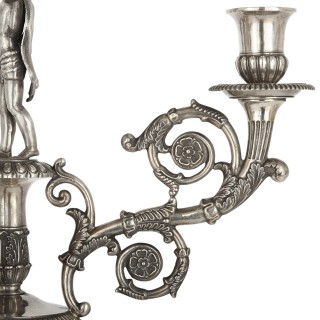 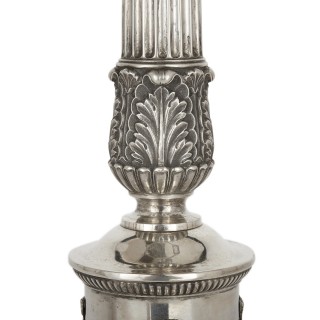 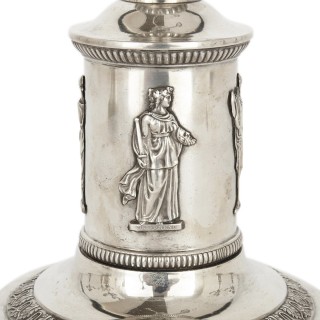 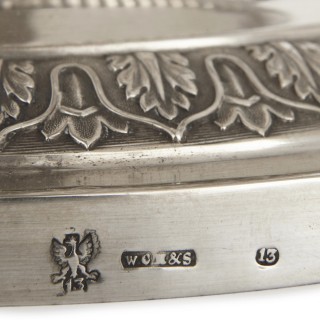 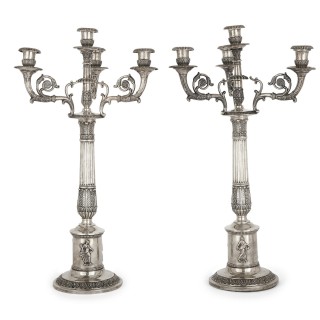 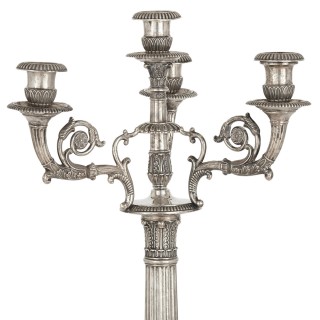 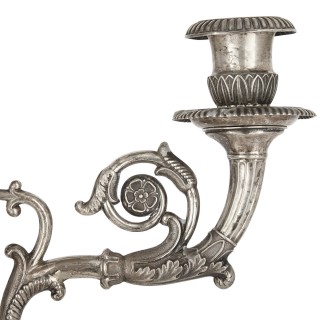 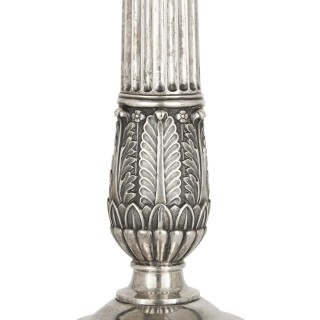 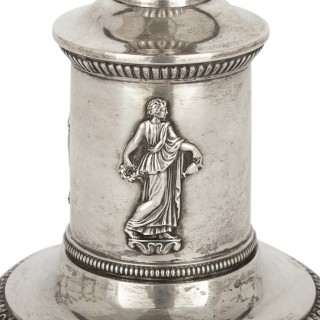 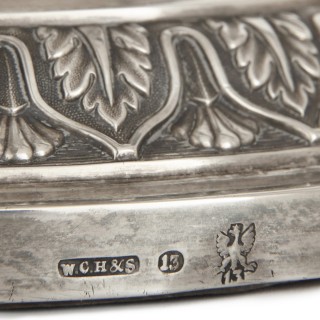 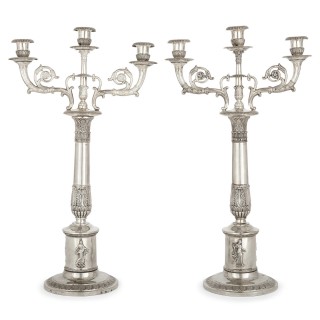 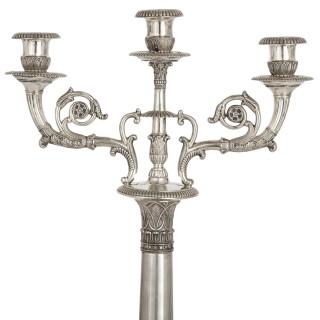 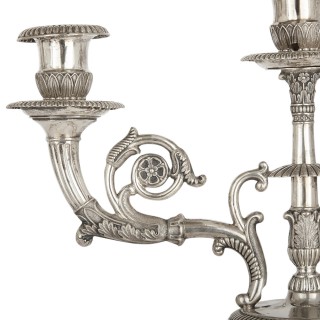 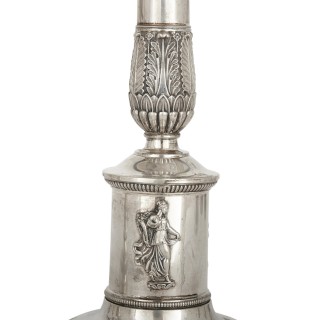 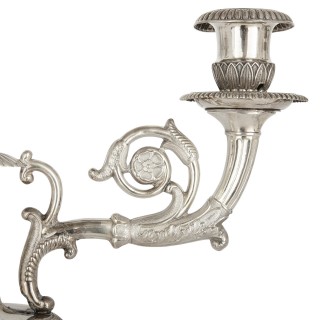 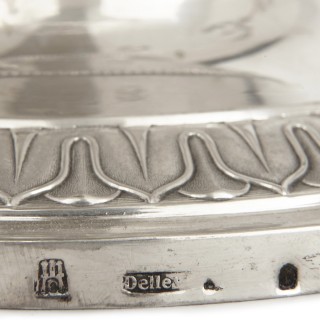 This composite garniture is the combination of one single candelabrum and three pairs of candelabra. All seven pieces were produced in Germany around 1810, and it is remarkable that the group should form so cohesive and persuasive a whole. The set is wrought from pure silver and is styled in the manner popular during the Empire period.

Each candelabrum is set atop a circular foot and a cylindrical podium, this podium adorned with applied silver classicising figures. Each candelabrum features a shaft set with a foliate capital and base, though only some of the shafts are fluted while others remain smooth.

The candelabra are fully hallmarked, and stamped with maker’s marks for Wilhelm Conrad Hessenberg of Frankfurt and Hans Gottfried Dellevie of Hamburg.