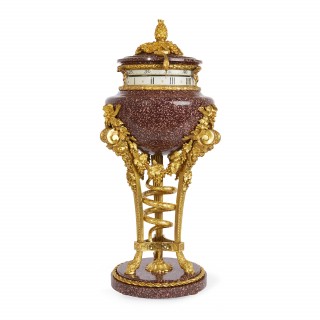 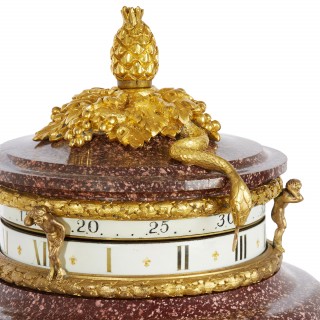 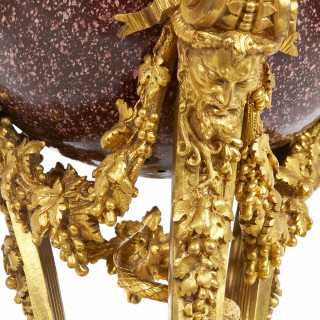 The 360 degree turning circular enamel dial with porphyry vase-form case below and above with ormolu surmounted and hanging snake-form clock hand, the elaborately detailed ormolu tripod base with floral and serpent decoration, set on a circular ormolu plinth.

After a brule-parfum by Francois-Joseph Belanger (French, 1744-1818). Belanger was a prestigious French architect and designer, who is famous for his exquisite, Neoclassical style work. After studying in Paris, Belanger soon grew to prominence among the wealthy and noble of France, and was soon receiving commissions from those in the highest echelons of society: his clients included French royalty, such as Marie Antoinette. Indeed, Belanger was so highly regarded that he was put in charge of the preparations for Louis XV’s funeral, and the subsequent coronation of Louis XVI.