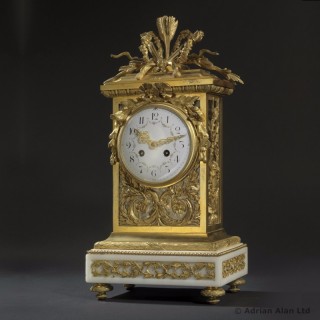 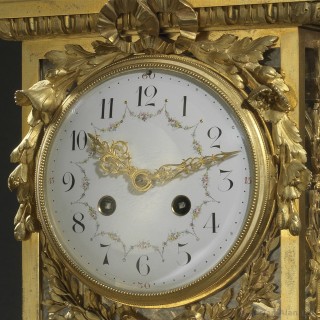 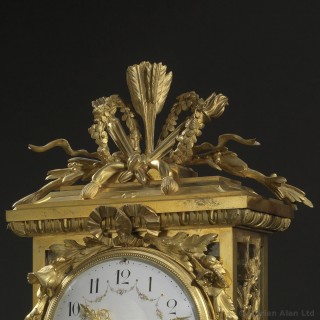 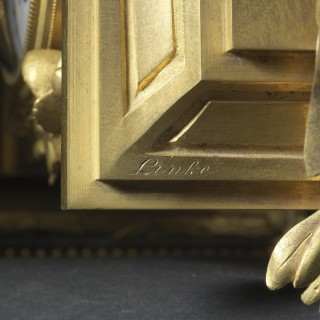 Gilt-Bronze Clock With A Marble Base

A Very Fine Gilt-Bronze Clock With A White Marble Base By François Linke.

This rare example of a clock by François Linke has a twin train eight-day movement striking on a bell.

The Louis XVI style rectangular case is finely cast with a quiver and floral surmount, and pierced scroll work sides. The circular enamel dial with Arabic numerals is embellished with floral scrolls and jewelling, with pierced hands.

Gilt-Bronze Clock With A Marble Base