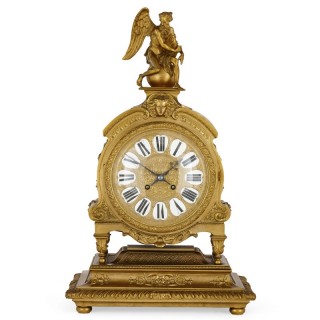 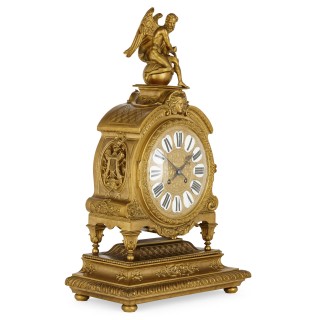 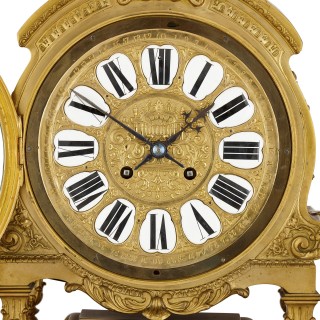 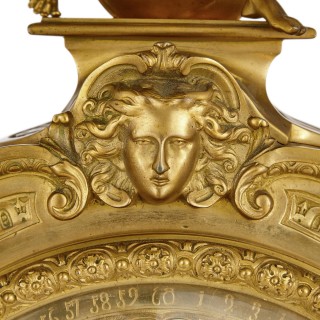 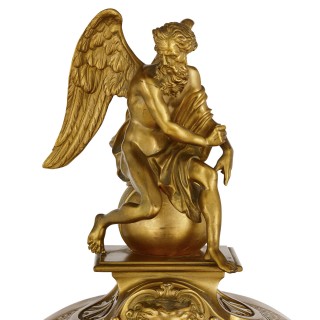 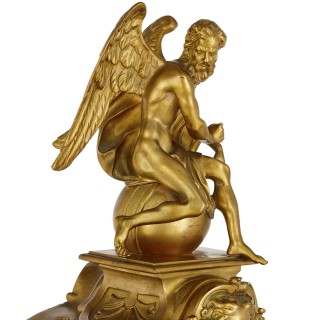 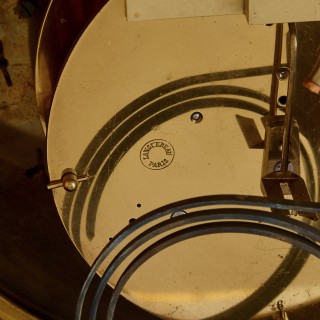 The elaborate case of this beautiful mantel clock has a large central circular dial with enamel Roman numerals for the hours and engraved on the edge with Arabic numbers for the minutes. The surmount is a gilt bronze group of Father Time, depicted as an elderly male figure seated on a circular globe. The quality throughout is exceptional, demonstrating the very best of 19th Century craftsmanship.

This clock is after a design by André-Charles Boulle (French, 1642-1732) and similar to examples of equally fine quality and casting known to have been made by 19th Century bronzier Henri Picard (French, fl. 1831-1864), therefore we can attribute the case to Picard. The movement is stamped for Parisian clock specialist Languereau.