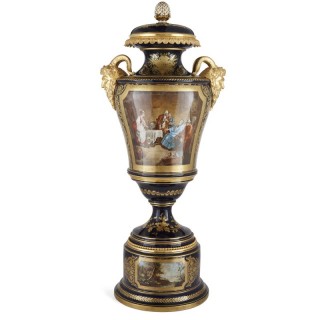 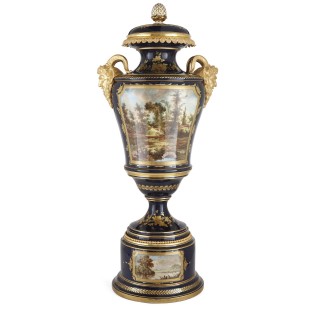 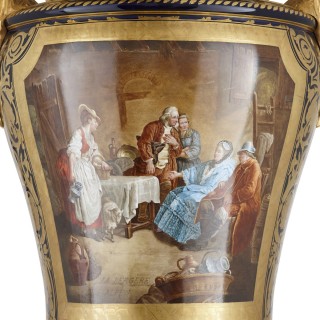 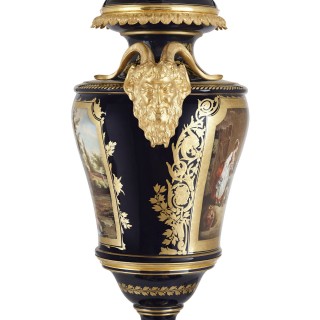 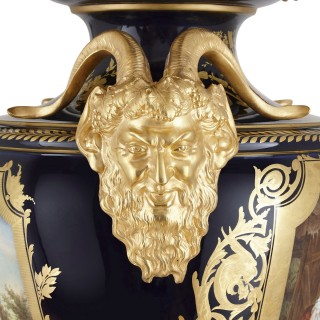 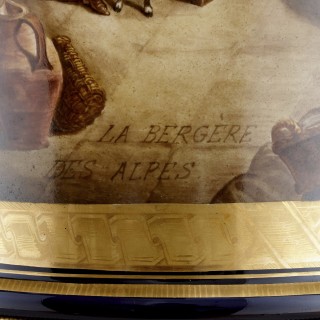 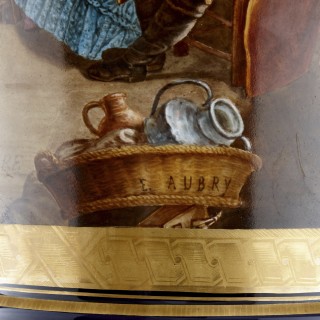 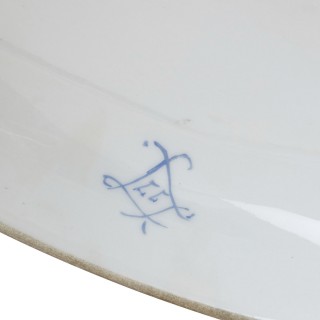 Gilt bronze mounted porcelain vase in the manner of Sèvres

This large porcelain vase demonstrates the best of late 19th Century French design. The vase is wrought from porcelain and gilt bronze, with the porcelain crafted in the manner of the famous Sèvres manufactory.

The vase features a tapered conical body broadening at the shoulder, raised above an integral socle atop a cylindrical podium. The neck of the vase narrows, flaring to a wide rim that is surmounted by a domed cover. The dark blue porcelain throughout is superbly parcel gilt, the gilding arranged into scrolling, flowing motifs and delicately tooled. The front and the reverse of the podium are painted with landscape scenes, while the front of the body of the vase is painted to the front with a large genre scene in the 18th Century manner and to the reverse with a landscape scene of a similar style to those adorning the podium.

The shoulders of the vase are set with twin gilt bronze masks, each modelled as a grotesque fawn. The cover is surmounted by a porcelain pinecone finial.

The painting to the front of the vase is signed ‘La Bergère / des Alpes’ and ‘E. Aubrey’ for the copyist and the original artist. The underside of the podium is marked with a spurious underglaze mark for Sèvres.

Gilt bronze mounted porcelain vase in the manner of Sèvres