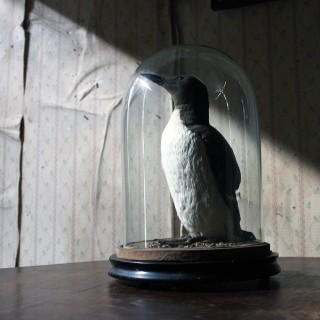 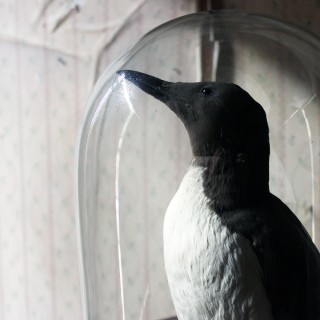 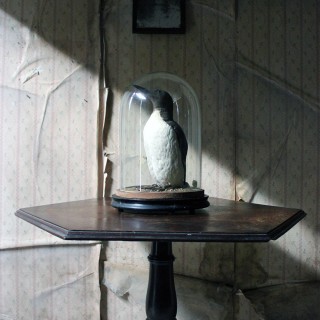 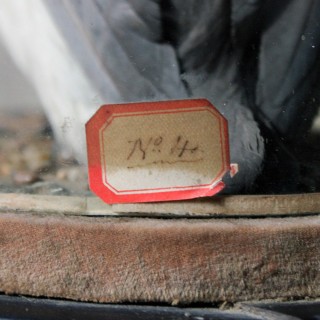 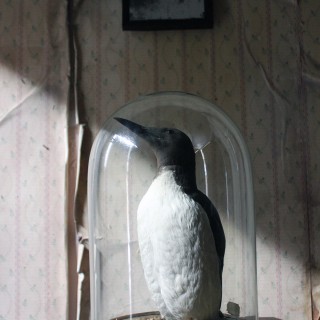 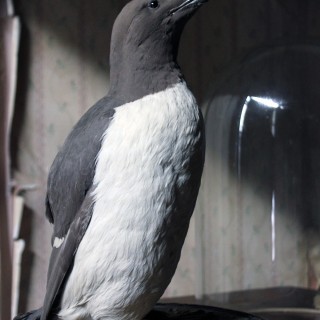 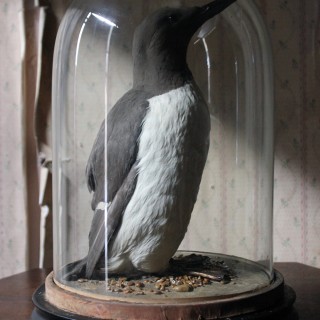 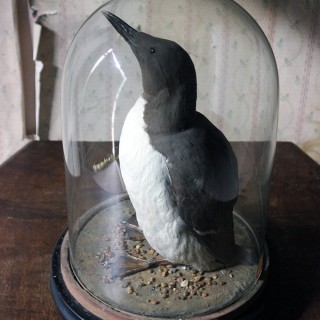 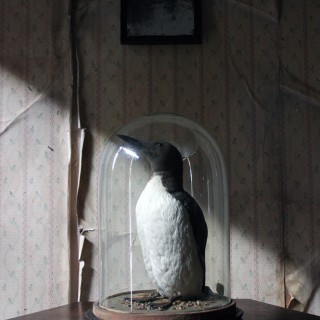 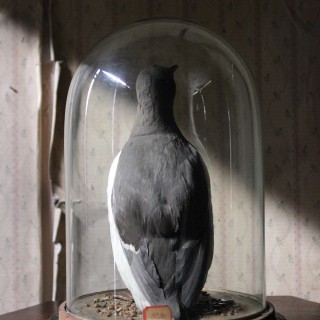 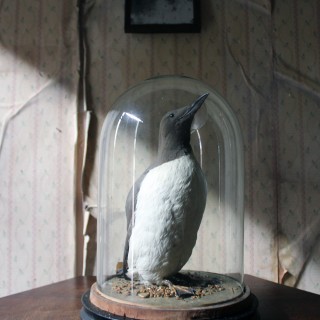 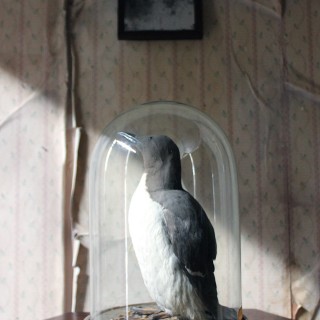 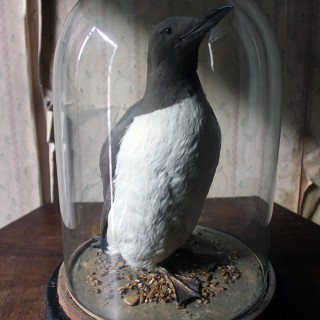 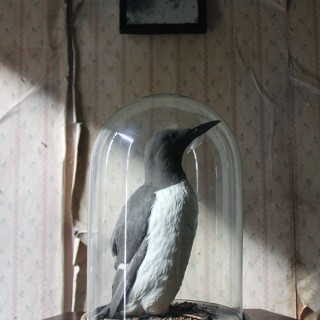 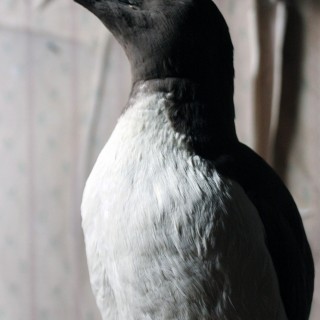 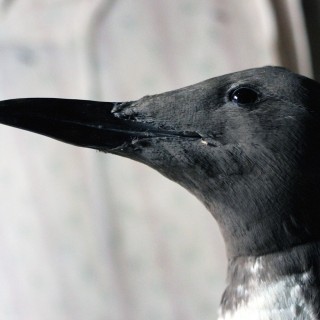 The preserved guillemot (Uria aalge) housed in a period glass dome on naturalistic base with pebbles and sand to an ebonised wooden plinth showing an original paper museum type inventory label for No.4 to the dome, the whole surviving from the zeniths of Victorian period England.

These chocolate-brown birds nest in noisy, tightly packed colonies on steep ledges around the coast. They have a very small territory, so small that it only extends a beak’s-length around its nest! Female guillemots lay a single egg a year and once its chick is three weeks old, it will dive off the cliff into the sea with its father. The father will look after the chick in the sea until it is old enough to look after itself. Guillemots eat fish, crabs and molluscs, diving down into the sea and using their wings to swim after their prey.

The specimen is presented in good overall order. The entire composition and dome only show wear commensurate with age with the plumage now gently faded.