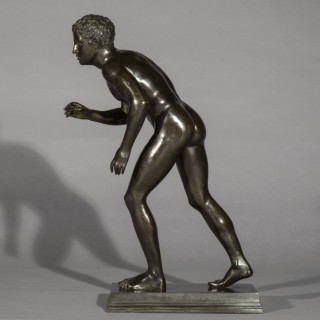 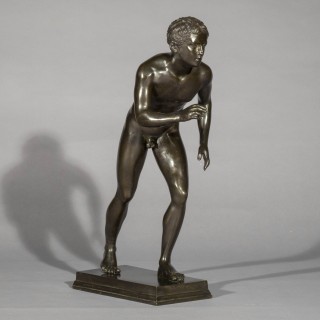 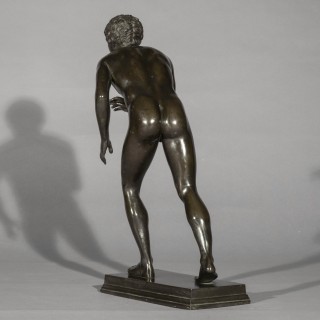 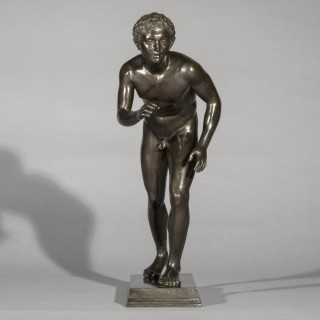 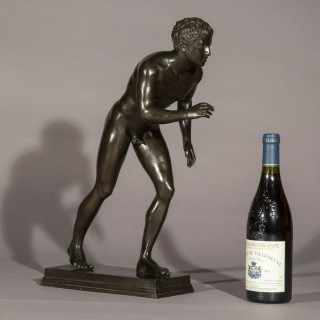 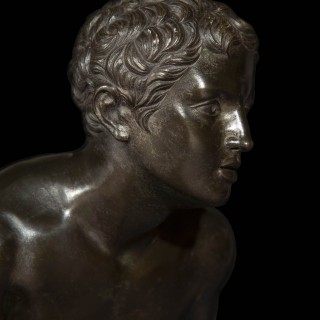 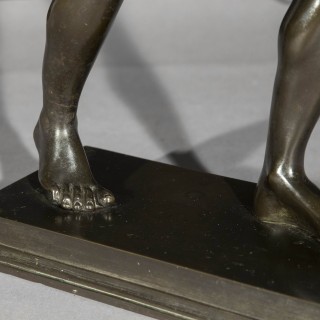 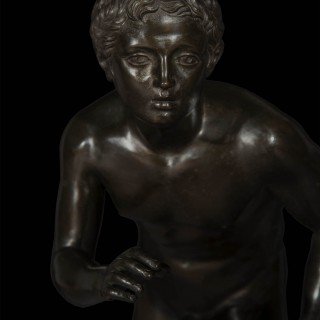 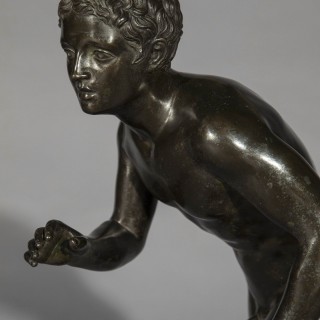 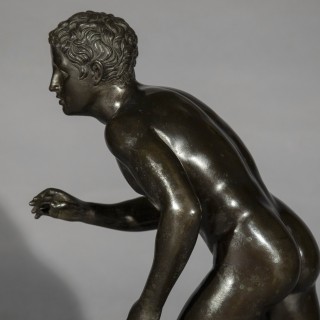 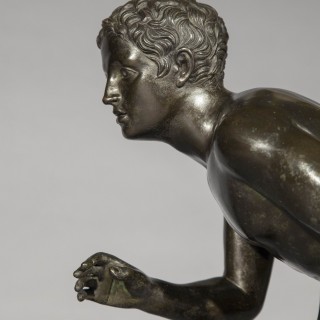 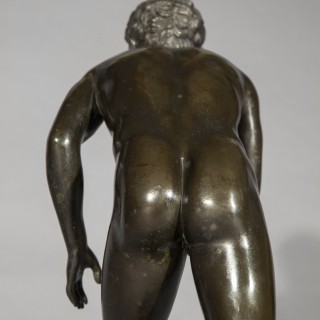 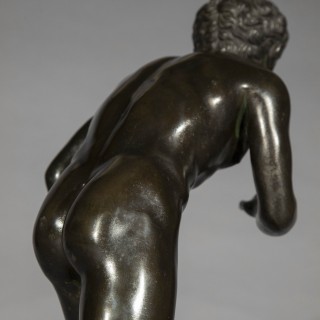 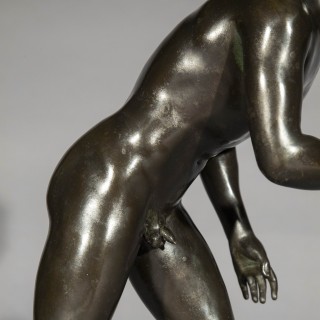 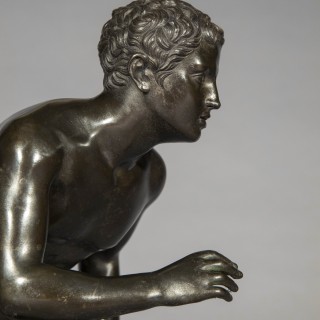 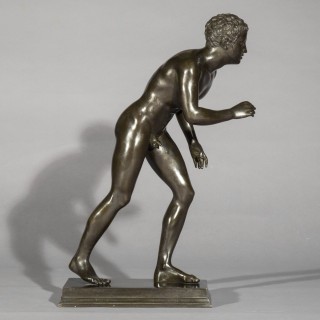 An exquisite ‘Grand Tour’ bronze figure of a young athlete, one of the two known as the ‘Herculaneum Runners’ or Corridori d’Ercolano, after the original excavated at the Villa of the Papyri in 1754.
Italy, 19th century

Why we like it
Exquisitely rendered, with beautiful patination, this handsome figure has most attractive features and reflects the Ancient Greek ideal of beauty. Coveted by the 19th century intellectuals and aesthetes, such exquisite objects were not mere decorations, but symbols of their owner’s classical values and refined taste.

Villa of the Papyri was an ancient Roman villa in Herculaneum, in what is now Ercolano, southern Italy. It is named after its unique library of papyri (or scrolls), discovered in 1750. The Villa was considered to be one of the most luxurious houses in all of Herculaneum and in the Roman world. Its luxury is shown by its exquisite architecture and by the very large number of outstanding works of art discovered, including frescoes, bronzes and marble sculpture which constitute the largest collection of Greek and Roman sculptures ever discovered in a single context. It was situated on the ancient coastline below the volcano Vesuvius with nothing to obstruct the view of the sea. It was perhaps owned by Julius Caesar’s father-in-law, Lucius Calpurnius Piso Caesoninus. In AD 79, the eruption of Vesuvius covered all of Herculaneum with up to 30 metres (98 ft) of volcanic material from pyroclastic flows. Herculaneum was first excavated in the years between 1750 and 1765 by Karl Weber by means of tunnels. Most of the villa is still underground, but parts have been cleared of volcanic deposits. Many of the finds are displayed in the Naples National Archaeological Museum.

The two bronze figures of athletes were found in 1754 in the peristile of the so-called Villa of the Papyri at Herculaneum and were most likely Roman copies of the Greek originals from late 4th –early 3rd century BC, and are now preserved at the Naples Archeological Museum.

attributed to the chiurazzi foundry, naples