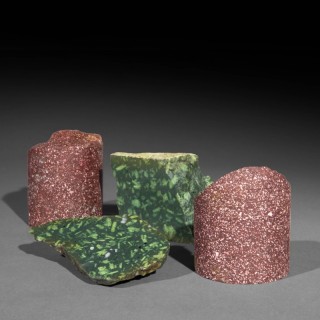 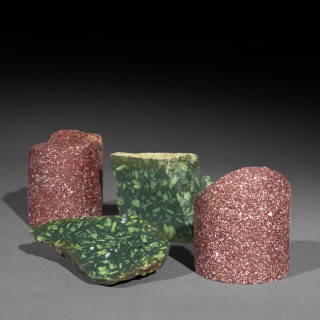 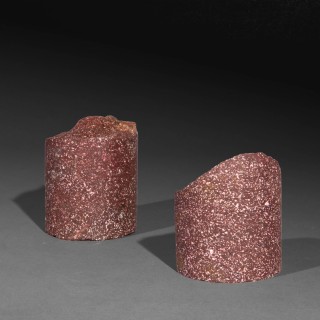 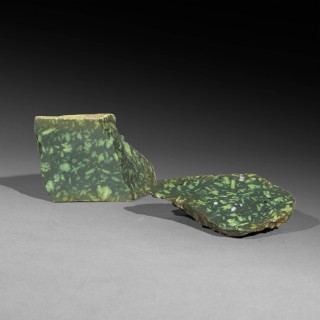 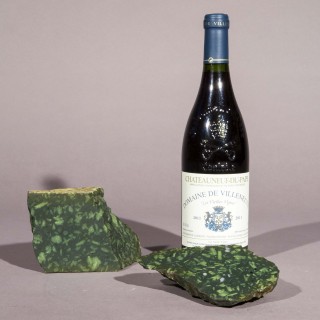 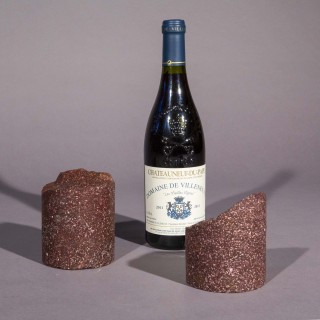 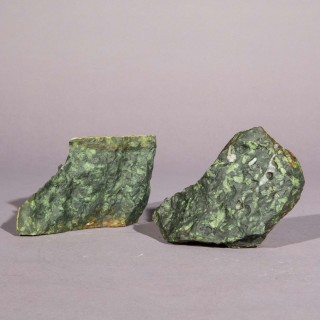 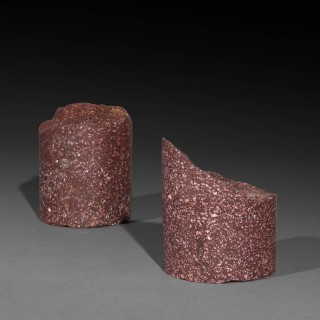 We love the colour and sculptural quality of these rare objects, evoking the classical sophistication of a well-travelled gentleman’s library of the Enlightenment era.

Specimens
The two columnar fragments are made of Egyptian red porphyry, also called Roman Imperial porphyry (porfido rosso romano).
The term porphyry is from the Ancient Greek πορφύρα (porphyra), meaning “purple”. This ‘Imperial Porphyry’ comes from 600 million-year-old volcanic rock from Gabal Abu Dukhan quarry in the Eastern Desert of Egypt which was discovered by Romans in AD 18. It is highly prized for its rarity and noble ‘Imperial’ purple colour, a symbol of power. Pieces such as these were often made from broken ancient pieces, ‘upcycled’ in the 17th-19th centuries.

Greek green porphyry, (porfido verde antico)
‘One of the most precious kinds is the green Lacedaemonian marble, more beautiful and vivid than any other’. [Pliny] ‘Lacedaemonian’ being another name by which Sparta was called. Together with the red porphyry, the stone had been used to stunning decorative effect since the Roman times through to the Renaissance, including the Cosmati floors in various cathedrals.