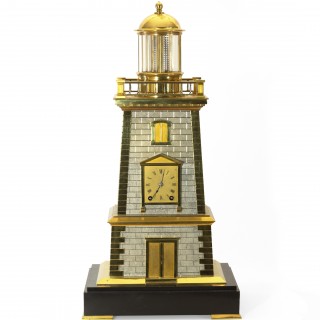 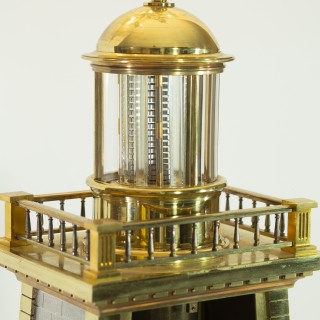 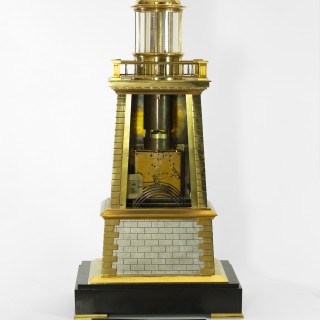 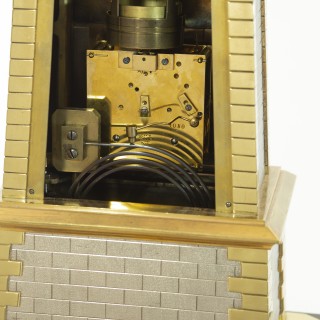 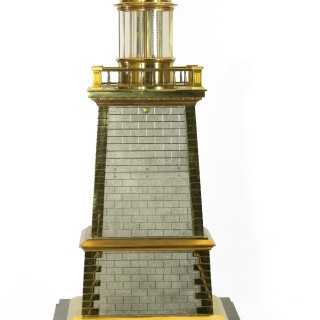 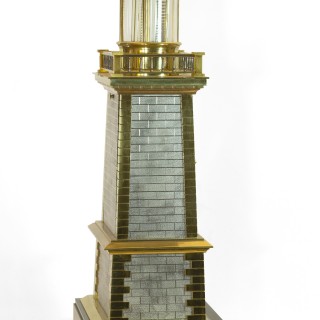 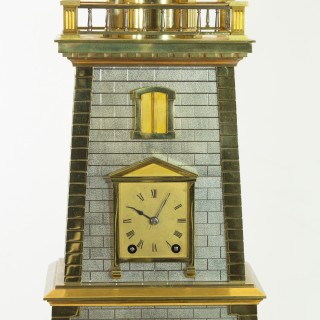 The pyramidal bronze case depicts a lighthouse built from bricks on a black marble base. The brickwork is silver-plated, contrasting against the lacquered polished brass quoins and cornices.

The eight day time and strike square plate movement is mounted within the tapered trunk of the lighthouse.  It has a Brocot escapement regulated by a torsion pendulum above, with a helical spring spinning behind the prism glass panels in the center of the dome, resembling a flashing light. The movement is signed GLT Paris to the backplate and numbered 1050.

André Romain Philéas Guilmet was an inventor, best known for his mystery clocks in which a female holds her hand outstretched; pivoted on the hand is a clock pendulum which appears to have no impulse. He took out a number of patents between 1853 and 1887, some horological, others not. Some were in conjunction with other inventors, such as the bicycle chain (developed with Edouard Myer in 1868).

He also produced a series of clocks of an industrial nature and others maritime themed between c.1875 and the 1910s. These including the lighthouse,  the steam hammer, beam engine automaton, and mortar clocks. Not all were signed by Guilmet – in fact very many were not.

Guilmet’s industrial clocks are novelty clocks of the highest standard.

The movement is to be overhauled and guaranteed for 3 years.