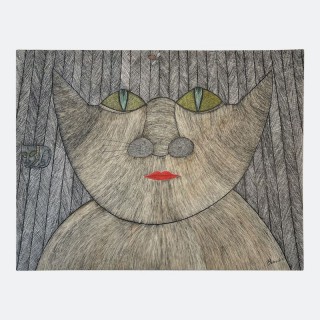 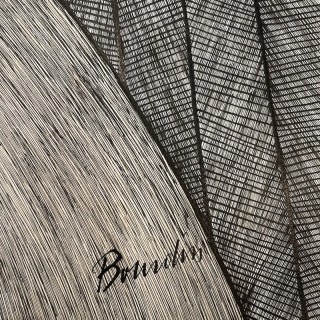 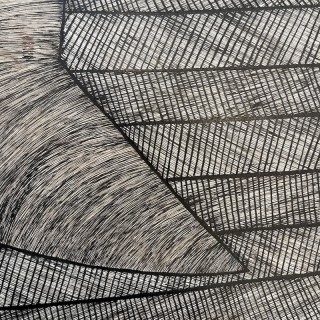 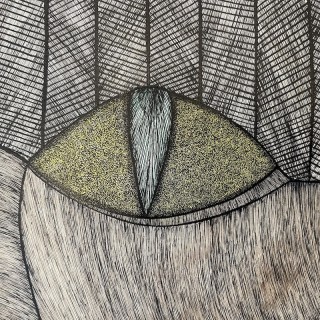 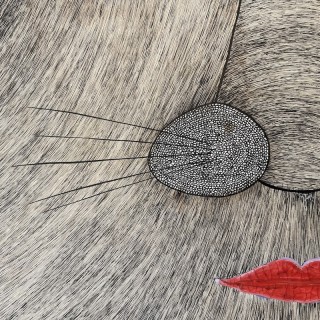 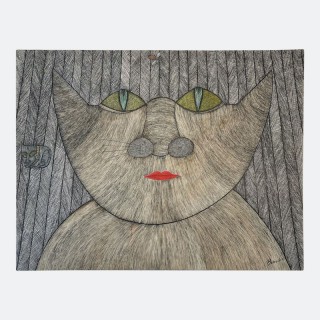 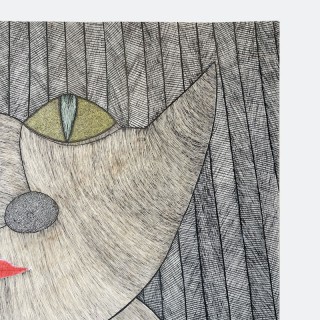 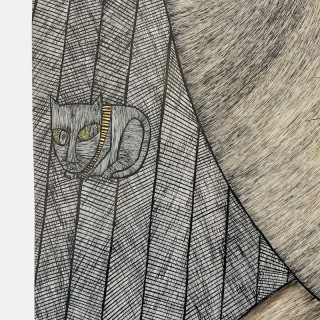 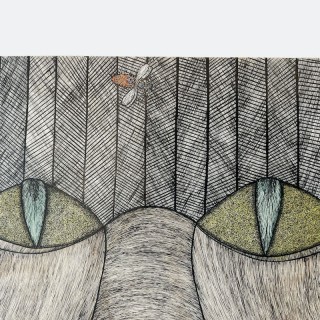 During the early 1950s Guy Bourdin had established himself as an artist with the eye of a painter, working primarily on paper Bourdin created images containing fascinating stories and compositions. His early experimental work bridges the gap between Surrealism and his later photography which at the time was still in its infancy.

This early cat drawing in ink with raised gouache lips is constructed of thousands of cross hatched lines and is indicative of the relentless perfectionism and sharp narratives of humour and danger found in Bourdin’s later photography.

The creation of this work can almost certainly be traced back to 1955 when Bourdin participates with his drawings of cats in group exhibition at Galerie de Seine, 24 rue de Seine, Paris VI.

The surrealist influence in his work is often been attributed to his close relationship with Man Ray, who in 1952 wrote the catalogue forward for Bourdin’s first solo exhibition, Man Ray certainly recognised in Bourdin similarities to his own practice, an artist who with ease could move between mediums generating works of surrealist humour laced with darker undertones

His work has been exhibited in the most prestigious museums, such as The Victoria & Albert Museum, Tate Modern, The Jeu de Paume, The Getty Museum, The National Art Museum of China, The Tokyo Metropolitan Museum of Photography and The Moscow House of Photography