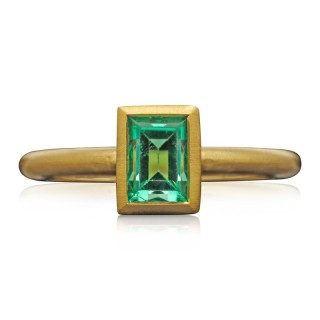 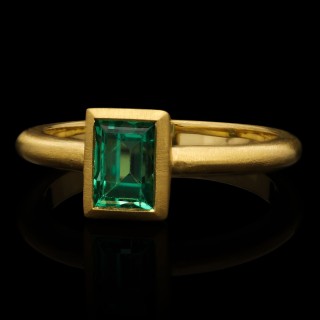 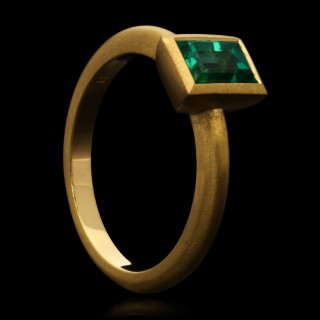 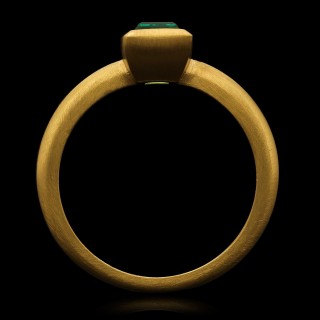 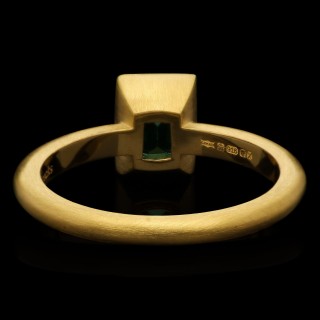 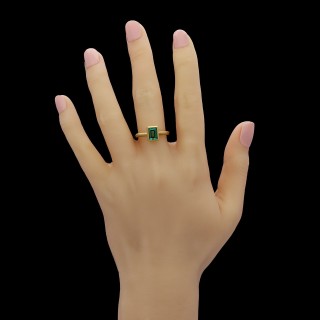 A striking emerald and yellow gold ring by Hancocks, centred with an old rectangular step cut Russian emerald weighing 1.56ct and with no oil treatment, bezel set within a finely hand crafted 22ct yellow gold mount with knife edge band and softly brushed satin finish.
Maker
Hancocks
Period
Contemporary
Origin
London
Gemstones
1.56ct rectangular step cut old Russian emerald with no clarity enhancement, with GIA certificate
Setting
22ct yellow gold with maker’s mark and London assay marks
Weight
7 grams
Dimensions
UK finger size S, UK size 9
(Can be made any size)
Head 9mm x 7mm
Condition
New
Directors Notes
Emeralds were first discovered in the Ural Mountains in the early part of the 19th Century in an area about 100km northeast of Ekaterinburg. The story goes that in 1830 a local man noticed some green crystals around the roots of a fallen tree near the Takovaya river. It didn’t take long to establish what they were and organised mining began within just a few months. However, the world didn’t see any of the emeralds that were excavated over the coming decades as they were regarded as property of the Russian crown. It wasn’t until the very end of the century that this changed, when the Tsar took the decision to lease the mines to the New Emerald Company (due to the ever-increasing costs of running them) and over the next 18 years the company exported over 40 million carats of rough emerald. Quality varied with some crystals suitable only for carving whilst others were perfect for faceting into beautiful gems with good strong colour and high transparency and clarity, such as the one in this ring.