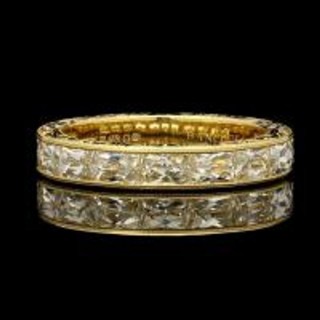 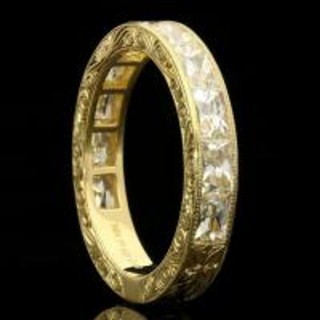 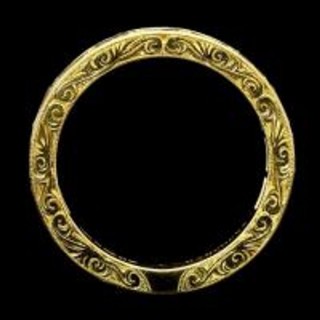 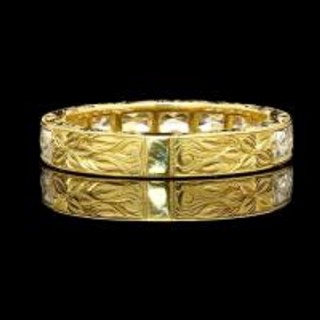 French-cut diamond “East/West” set 3.50mm eternity ring in finely engraved 18ct yellow gold Hancocks, Contemporary London Setting 18ct yellow gold with London assay and makers marks Gemstones and Other Materials 11 rectangular French cut diamonds of G colour and VS clarity weighing a total of 2.03cts Description A beautiful French-cut diamond and yellow gold eternity ring by Hancocks, the ring three quarter set with beautiful rectangular French cut diamonds weighing a total of 2.03cts and of G colour and VS clarity set horizontally within a finely crafted and ornately hand engraved 18ct yellow gold channel set mount. Directors Notes The origins of the French cut can be traced back to the 15th Century however it wasn’t until much later, during the 17th Century that it really became fashionable. Having found favour with European Royalty, the style became particularly popular in France and it is likely that this is where the name originated. As diamond cutting techniques progressed, stones with a greater number of facets had become increasingly sought after because they displayed more brilliance than earlier, simpler cuts. The design of the French cut had developed from the addition of extra facets to old table cut diamonds thereby altering them into much more lively stones. This style of cut has changed very little to this day and its evolution marks one of the earliest milestones in the development of the brilliant cut diamonds we know today.