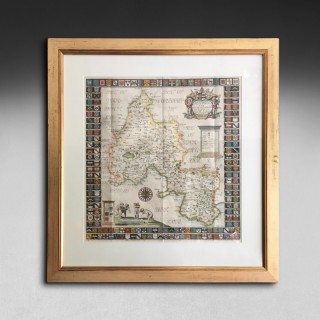 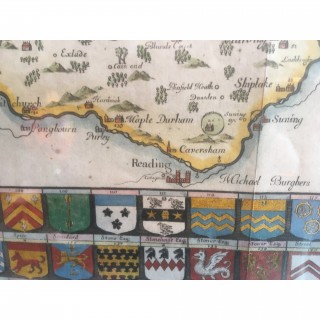 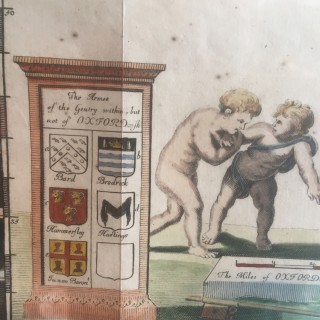 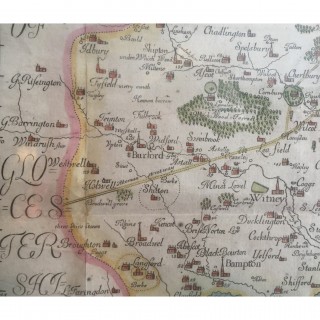 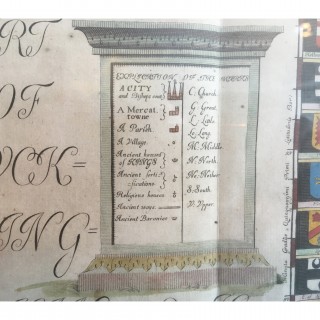 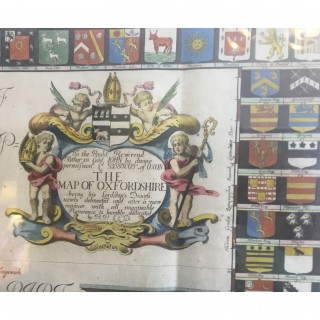 An extremely good and impressive hand coloured engraved map of Oxfordshire by Robert Plot with a decorative cartouche, mileage scale, table of explanation and compass rose.

Created by the first keeper of the Ashmolean Museum of Oxford and decorated with 172 coats of arms of the county’s gentry, Oxford colleges, the city and the four county towns this is one of the most decorative maps of Oxfordshire ever produced.

A label on the back of the frame reads “ Oxfordshire A magnificent map engraved by Michael Burghers and published in Robert Plot’s “Natural History of Oxfordshire” 1677, later hand coloured. Robert Plot was responsible for two volumes on Natural History, Oxfordshire (1677) and Staffordshire (1686). Both contain wonderful innovative maps of the respective counties. Michael Burghers was a Dutchman who lived in Oxford and worked as engraver to the university.
.