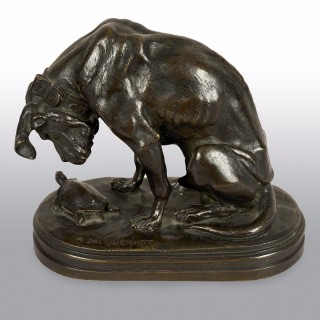 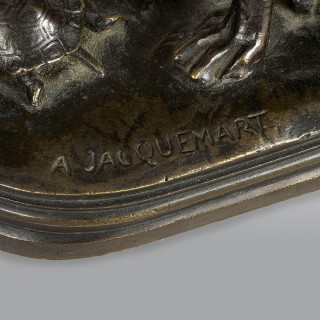 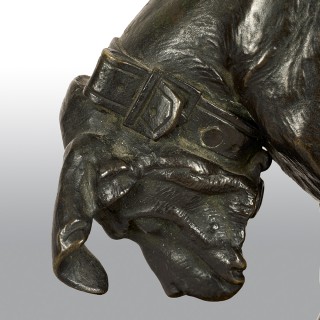 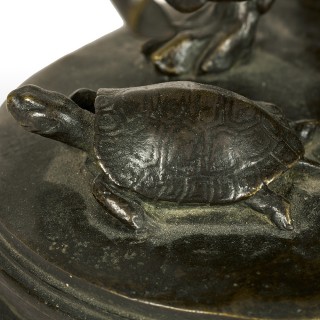 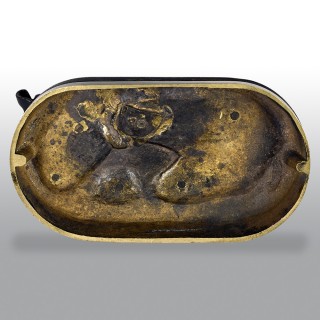 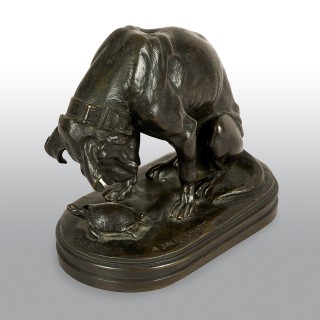 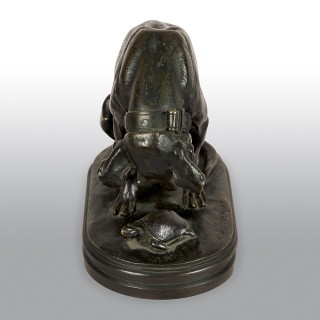 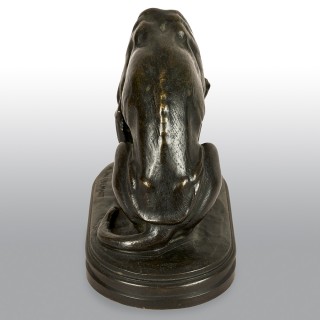 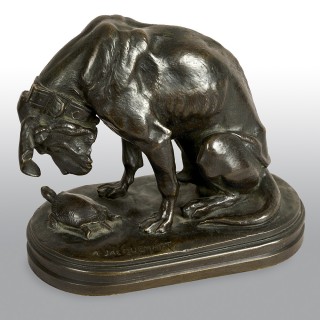 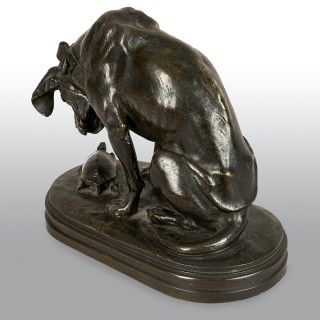 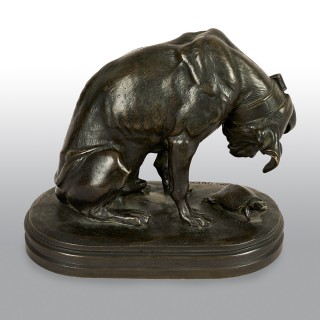 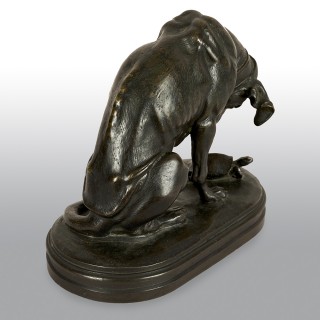 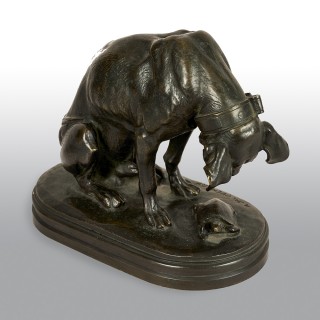 A good quality bronze sculpture of a bloodhound closely watching a tortoise by Henri Alfred Jacquemart. This delightful study captures the curiosity of the hound as he sits patiently studying the creature. The bronze is in excellent condition and is signed to the base ‘A. Jacquemart’. Henri Alfred Jacquemart was a well-known animal sculptor born in Paris on February 24th 1824. He was known as Alfred and signed most of his works with A Jaquemart. He studied at the Beaux-Arts school from 1845 under the painter Paul Delaroche and sculptor Jean Baptiste Jules Klagmann. He exhibited at the Paris Salon from 1847–1879, receiving medals in 1857, 1863 and 1865 and in 1870 he became a Chevalier of the Le´gion d’honneur. Jacquemart travelled to North Africa, Egypt and Turkey receiving commissions to build monuments in Cairo and Alexandria. In addition to his small animal sculptures Jacquemart produced important larger monuments such as the Two Eagles” for the fountain of Saint-Michel, the “Sphinxes” for the fountain du Chatelet, “Four Lions ” for a bridge in Cairo and a life-size cast iron Rhinoceros for the Trocadero in Paris. He also produced life sized sculptures of hounds, a pair of which can be seen at Woburn Abbey. Jacquemart died in Paris on 4th January 1896.