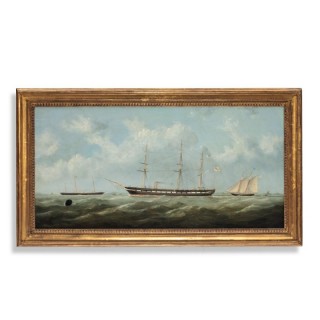 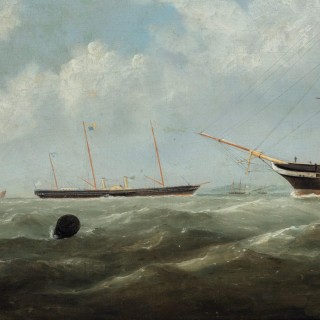 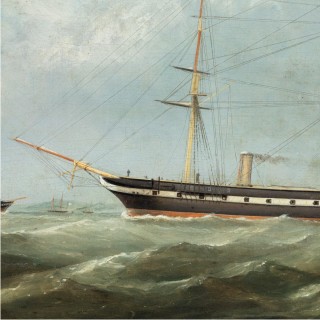 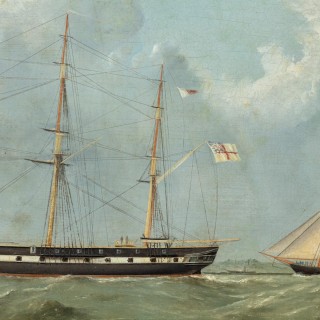 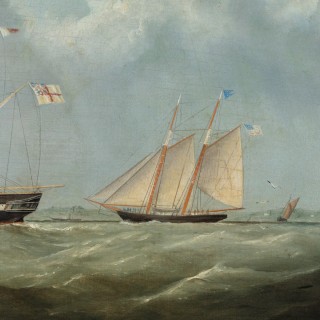 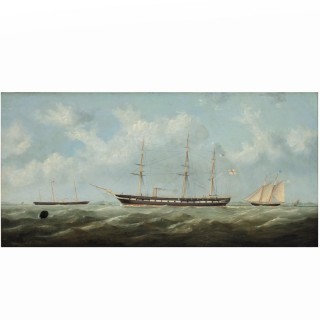 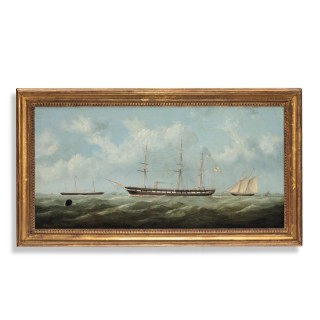 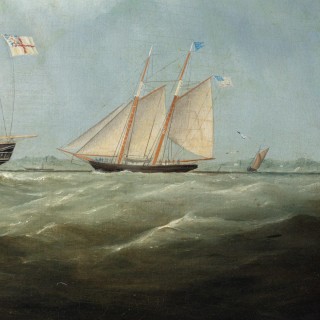 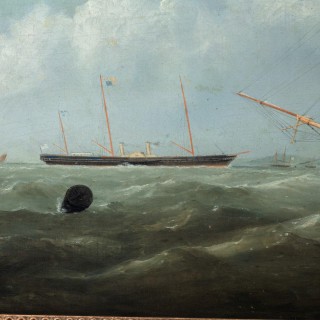 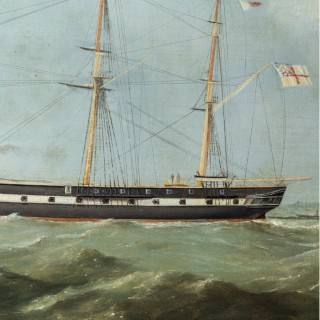 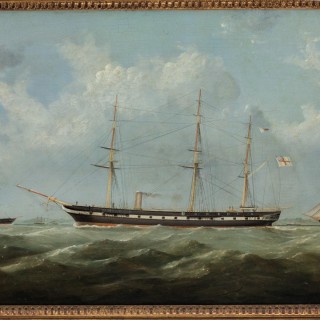 H.M.S. Topaze by George Mears, the three-masted frigate shown under steam with Royal Yacht Victoria and Albert II in the background on her bow, oil on canvas in a gilt wood frame. English, c 1860.

Footnote: George Mears (1826-1906) was a painter of ship portraits, who flourished during the late 19th century, specializing in steam and sail ships. His immense talent enabled him to secure employment as the official ship’s portrait painter to the then major cross-channel shipping company, The Peninsular & Oriental Steam Navigation Company; painting all the company’s cross-channel ships during his employ. He also undertook many private commissions including the Royal Yachts: Victoria & Albert I and II. These were amongst his earliest paintings.

HMS Topaze was a wood steam/screw frigate launched in May 1858. She is noted as the ship that bought an Easter Island statue back to the British Museum. In this painting she was most probably the guard ship to Queen Victoria’s R.Y. ‘Victoria and Albert II’.