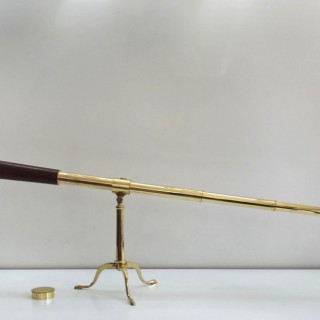 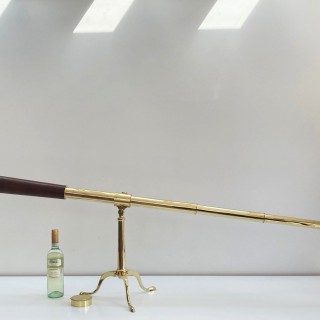 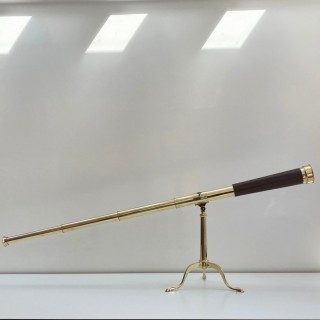 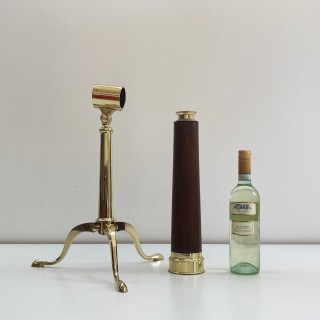 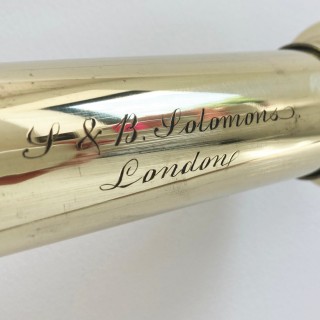 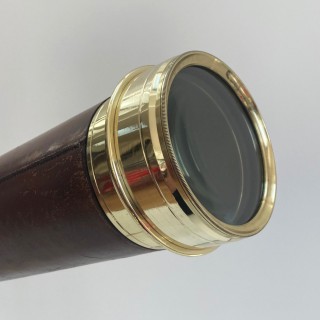 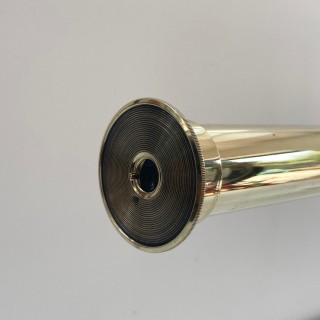 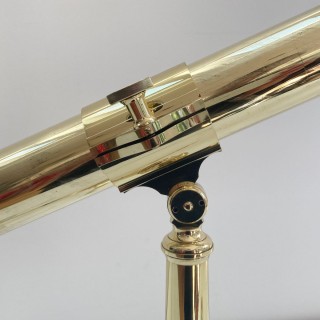 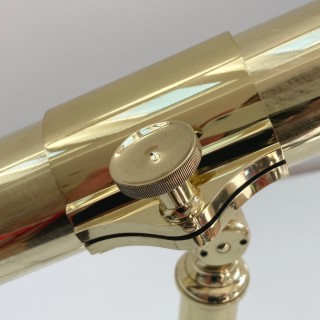 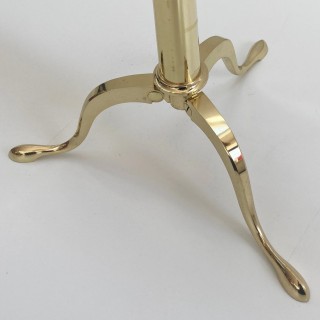 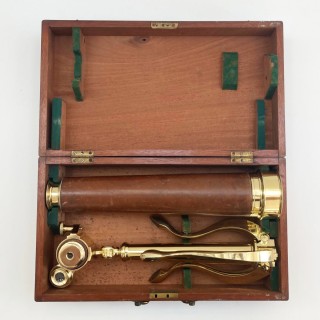 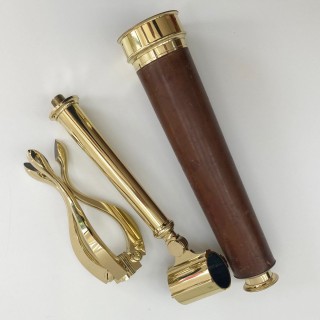 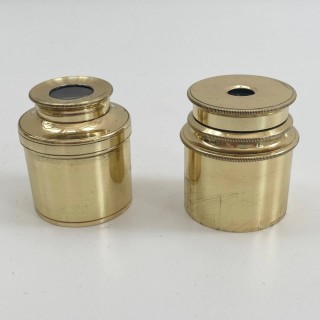 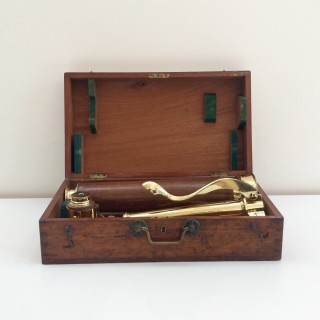 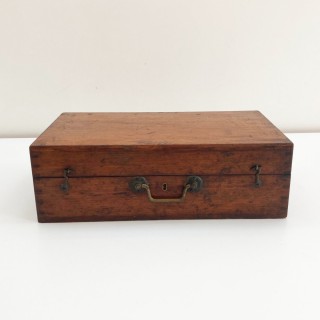 For sale, an enormous cased Victorian four draw telescope on stand by S&B Solomons of London.

Measuring just 40cms when closed it extends to 126cms when fully extended and has a tapering leather covered barrel in order to incorporate a large 3 inch diameter objective lens. The scope retains its original lens cap and eyepiece dust slide and is engraved to “S&B Solomons, London” to the first draw.

The telescope is complete with its original mahogany fitted case which also includes a substantial brass tripod with hinged collar mount opening and closing by means of a knurled brass screw. To assemble the tripod, the legs are simply unscrewed from the shaft, reversed and reattached. The case also contains to further eyepieces which are incorporated into the telescope by unscrewing and replacing the first draw.

A very splendid and uncommon example of its type.

Presumably from Jewish extraction, the opticians Samuel & Benjamin Solomons traded from 1832 to 1879 but there is scant information available on this long and prosperous partnership. They traded primarily from the address at 39 Albemarle Street in Piccadilly opposite The York Hotel and are noted in the archives as having lodged a registered design in 1863. From advertisements in the same year it seems likely that this was for their “patent tinted spectacles” for which they proclaimed that their invention was “patronised by the majority of nobility including Viscount Palmerston”.

Earlier in 1839, advertisements in the Spectator for the company’s “newly-invented operative voice conductor”, (a hearing aid), proudly proclaims that they were “opticians and aurists to Their Majesties the King and Queen of Hanover and Their Royal Highnesses the Princess Augusta and Sophia”

Later 1868 advertisements in The Illustrated London News provide intrigiuing evidence for a “new patent six power portable telescope”, likely to relate to the piece in question. It was advertised as being “of vast importance to the Army, Navy, Volunteers, deerstalkers and yachtsmen”.

Although little is widely known of this partnership, they certainly made shrewd use of advertising throughout their career, positioning their adverts across a wide and varied selection of publications of the era from The Ecclesiastical Gazette to The North Wales Chronicle. If their adverts are to be believed, they were patronised by both Royalty and The British Government during this time.

A truly a magnificent telescope of more significant proportions than most that you will find and very rare to find one with case and accessories.