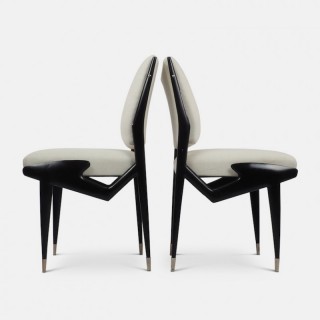 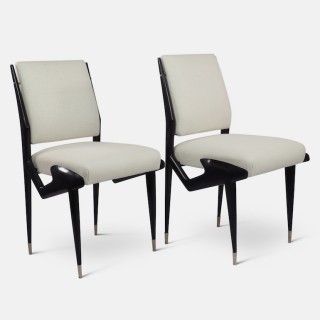 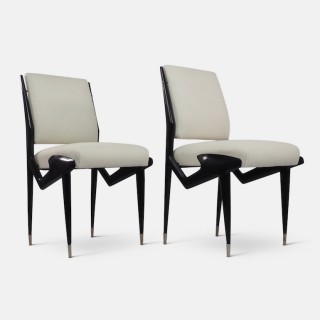 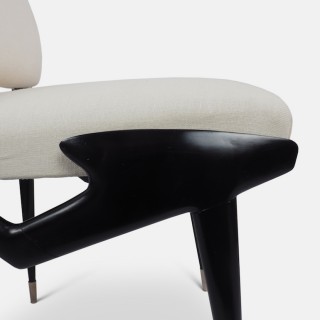 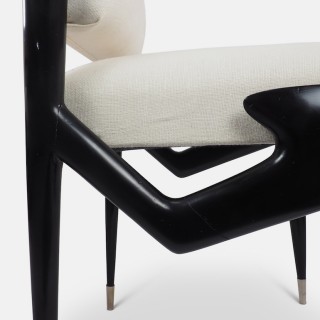 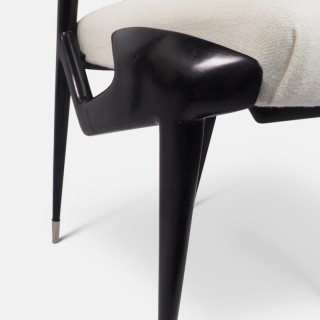 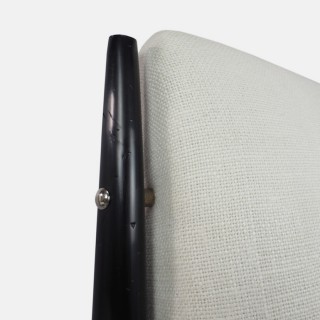 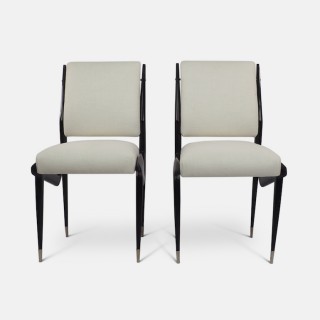 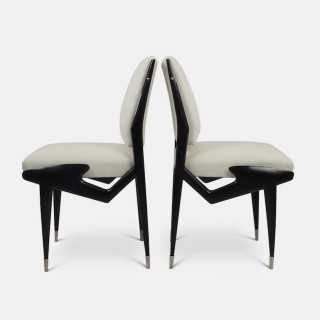 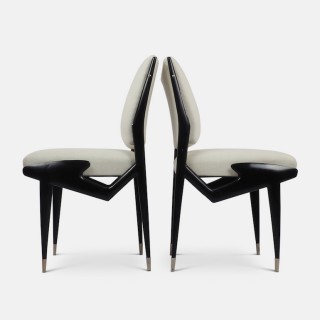 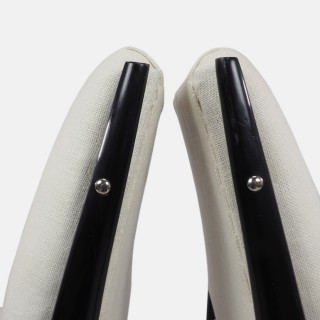 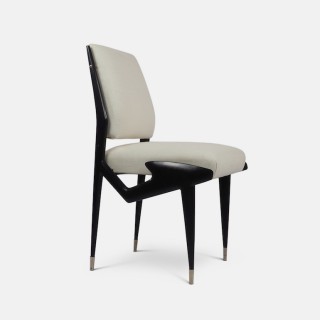 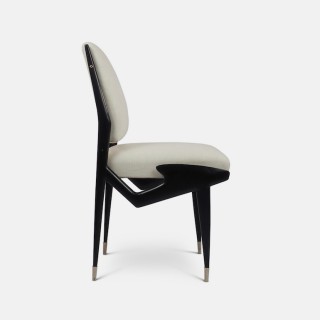 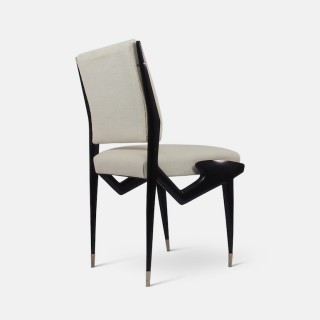 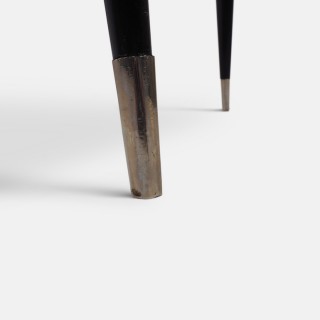 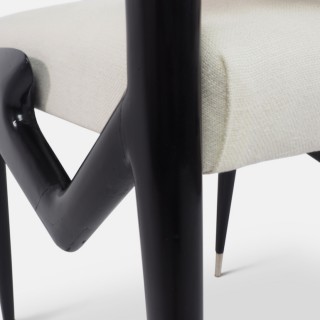 An elegant pair of Ico Parisi side chairs of sculpted wood and ebonized finish. Made in Italy in the 1950s. This pair is related to an original set including two lounge chairs, eight dining chairs and one dining table, featured on the cover of Italian Architectural Digest, March 2010. An almost identical set was commissioned for a private house in Rome and designed by Ico Parisi in collaboration with Edgardo Mannucci.

Ico Parisi married his wife Luisa, a former student of Gio Ponti, in 1947. Together they established the design studio La Ruota in 1948. Parisi defined himself as a Renaissance artist who was interested in all forms of art, trained as he was in architecture and design. Independently or together with his wife Luisa he pursued a huge variety of projects during his long professional career. Their studio in La Ruota was a kernel of innovation and a meeting place and collaborative space for artists, designers and architects of the day such as Lucio Fontana, Gio Ponti, Bruno Munari and Faust Melotti amongst many others. Parisi devoted himself to the study furniture design and the technical elements of furnishing, and by 1950 he had become one of the most influential furniture designers in Italy with a unique modern aesthetic that used soft woods and sculptured elements often utilised in wide undulating curves.
Seat height 48 cm