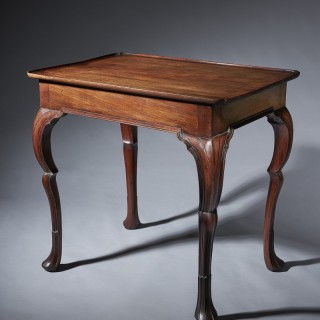 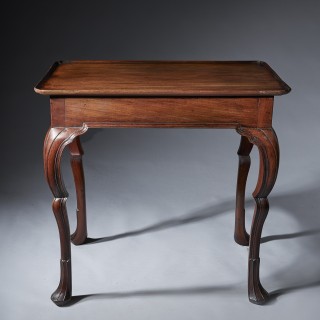 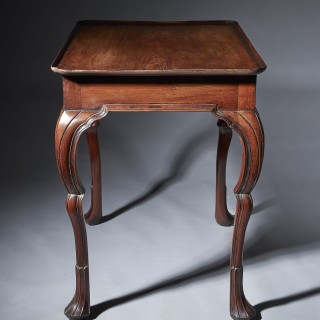 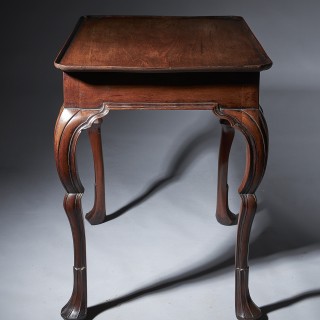 The solid mahogany top is relife carved to form a moulding with re-entrant corners. Similarly, the frieze is moulded to all faces allowing the table to stand freely. The same moulding follows seamlessly down the double scrolling legs to the arched and panelled feet.

Literature – The table is most likely by the same maker as a pair from Killuddery, Co. Wicklow, now in a private collection. They were probably supplied to Chaworth Brabazon, sixth Earl of Meath (1686-1763) around the time of his marriage in 1731.

A notably similar table is illustrated in IRISH FURNITURE by ‘The Night of Glin and James Peill, page 238, plate 142 – A mahogany tea-table, C.1740-60
Provenance with Ronald Phillips Ltd., 2005. This table has the same double-scroll legs as the pair of marble-topped tables from Kirlruddery (fig.130) and a walnut sofa table (cat 47).