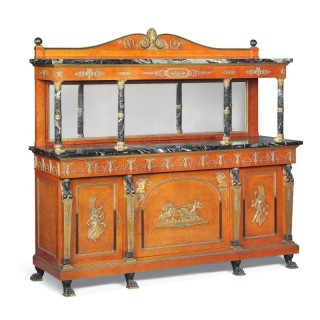 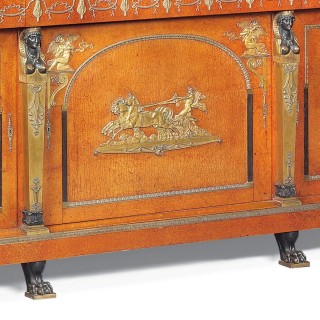 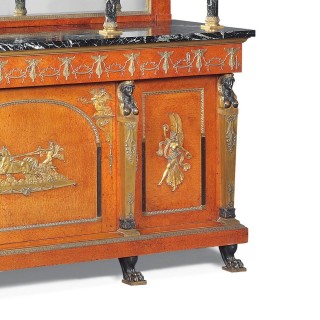 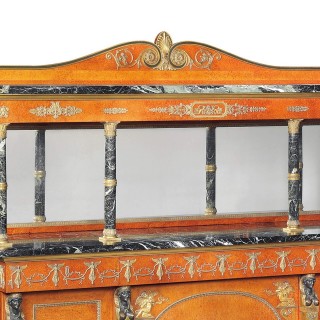 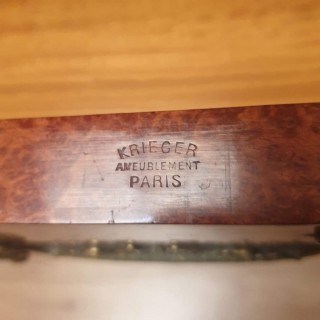 This magnificent Empire style cabinet is a superb work of French craftsmanship by the esteemed Maison Krieger. The lower section of the cabinet contains three doors, the doors set below three seamless draws within the frieze above. The body of the cabinet is surmounted by two tiers of marble plateau, the upper tier supported by four columns to the front and a mirrored backboard to the rear. The ornamentation is decidedly Empire in style, with invocations of both the ancient Roman and the Egyptian. The front of the cabinet body is delineated by four Egyptian style columns, for instance, while the surfaces throughout are mounted with refined classicising gilt and patinated bronze relief mounts. The cabinet is raised by patinated brown paw feet.