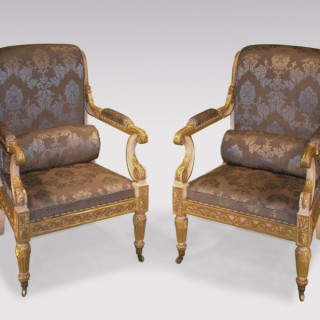 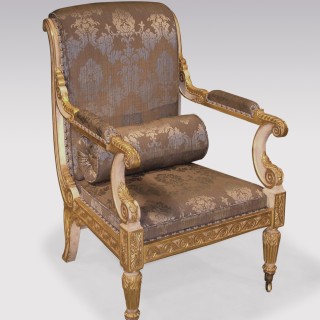 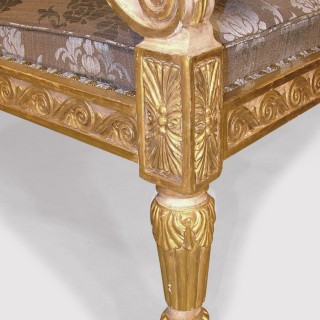 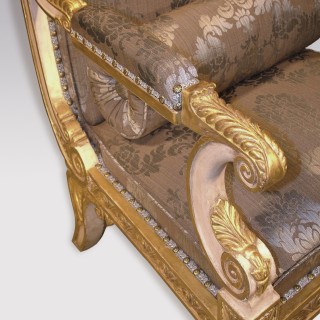 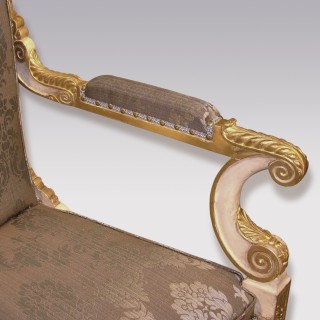 An impressive pair of early 19th Century Regency period white painted and carved giltwood Armchairs, in the manner of Morel and Hughes, acanthus and scroll carved throughout. The Chairs with roll-over backs and stuff-over seats, above vitruvian scroll frieze, supported on reeded tapering legs with paterae, ending on original brass castors.

Further Information:
These giltwood Armchairs with their Grecian design are closely related to several other pieces of furniture. The first appearance of a similar model is dated to 1805, when Prince of Wales’ architect Henry Holland was commissioned by Samuel Whitbread, an established brewer and Member of Parliament, to design the interiors of his new mansion in Southill, recently bought from Lord Torrington. This design will be reprised by the London firm of Morel and Hughes for different projects. Nicholas Morel was one of the master cabinet makers of his team, working on several of Holland’s projects including Southill and furniture commissioned by George IV at Windsor Castle. After forming a partnership with Robert Hughes in 1805, reaching out important clients such as the Duke of Buccleuch, the Duke of Bedford and most of all the Duke of Northumberland for his Northumberland House, formerly on The Strand. A similar design to our Armchairs is also recorded in Lord Lascelles’ Harewood House in Hanover Square in London, supplied by Morel and Hughes. 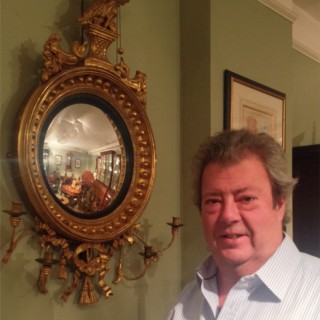