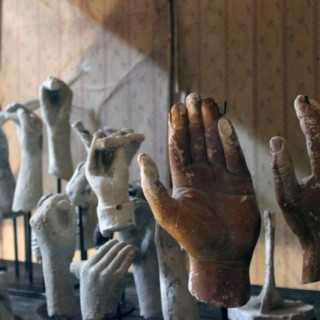 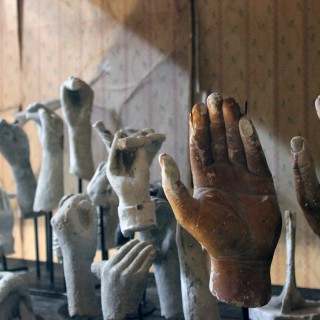 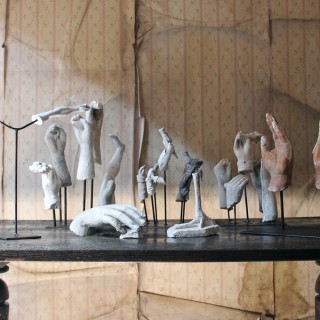 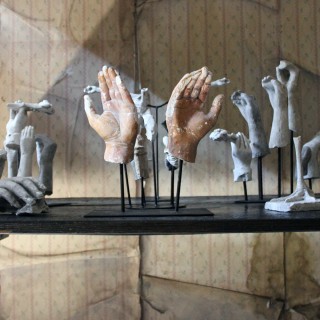 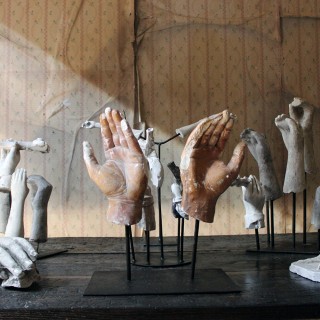 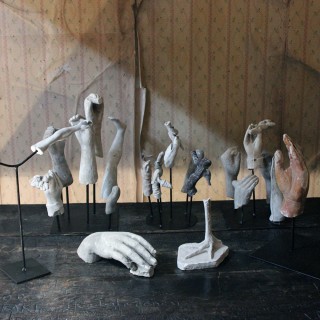 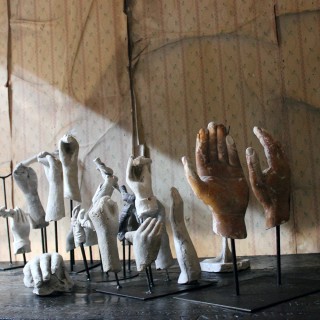 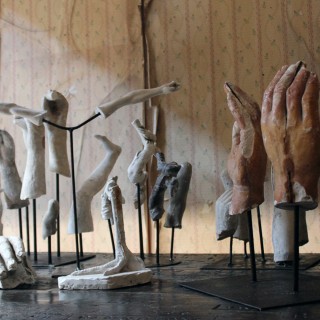 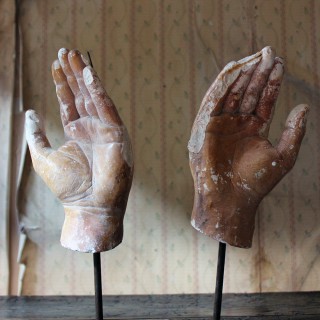 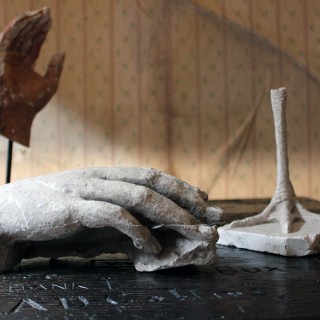 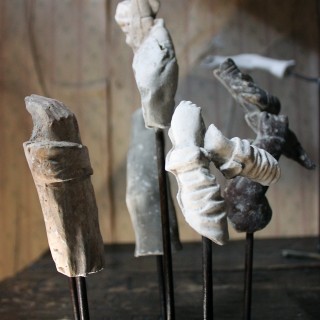 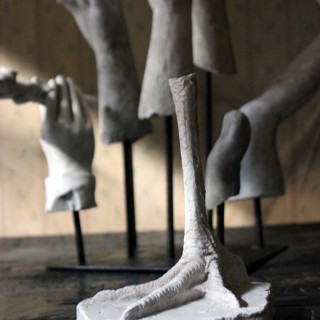 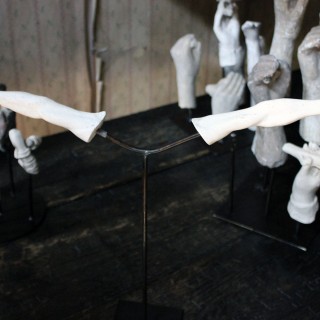 In the Manner of Eduardo Paolozzi: A Group of 23 Early/Mid 20thC Plaster Maquettes

The large group of twenty three plaster moulded maquettes mainly being human hands, digits and legs, some holding flowers, and two being free standing to include an ostrich foot, the others each mounted on five painted steel rod bases and surviving from twentieth century England in the manner of Eduardo Paolozzi.

Sir Eduardo Luigi Paolozzi CBE RA (1924-2005) was a Scottish sculptor and artist. He is widely considered to be one of the pioneers of pop art;

Robin Spencer, the authority on Paolozzi, wrote about Paolozzi’s use of plaster:

”Paolozzi’s approach, like that of Picasso and the Surrealists, often involved the use of found objects. His studio was filled with plaster casts of the objects that appealed to him – dolls, toys, machine parts etc. Sometimes these objects would simply be cast, at other times they were chopped up and reassembled, or individually coloured by the artist. As with Rodin’s approach to plaster, Paolozzi often regarded the plaster as the final work and most of Paolozzi’s plasters were never intended for casting or editioning.”

The condition of the maquettes varies a little piece by piece but most are all in tact. One of the rods is lacking a maquette. There are chips and some of the armature wire is showing in places.

In the Manner of Eduardo Paolozzi: A Group of 23 Early/Mid 20thC Plaster Maquettes

in the manner of eduardo paolozzi