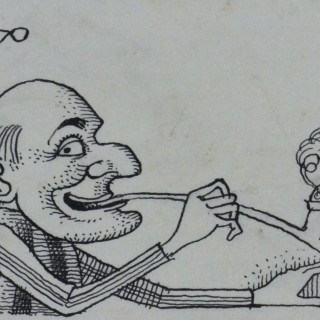 “Ionicus” Joshua Charles Armitage (1913-1998)
Mr Punch – How to Grow Tobacco
Pen and ink heightened with white, unframed, in conservation mount only
5.5 by 10 cm.