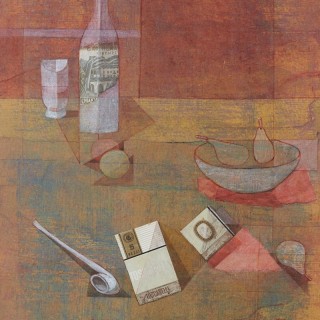 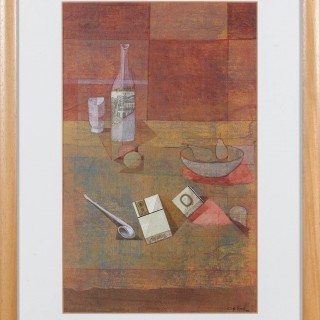 Eugenio Federico Carlo Rossi was born in Renfrewshire and entered Glasgow School of Art in 1938. The war disrupted his studies and he graduated in 1943. His father had modelled for Fra Newbery at the GSA and the young Rossi was encouraged towards full-time painting by J D Ferguson. One of the most underrated of the mid-twentieth century Scottish painters, his work has become increasingly sought after. He was elected a member of The Royal Scottish Society of Painters Watercolour and the Royal Glasgow Institute of Fine Arts.