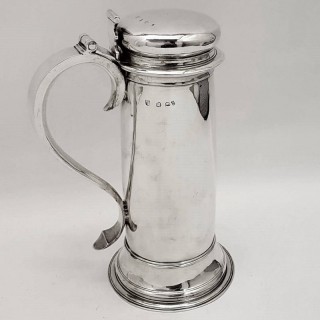 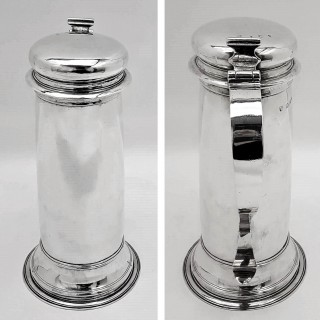 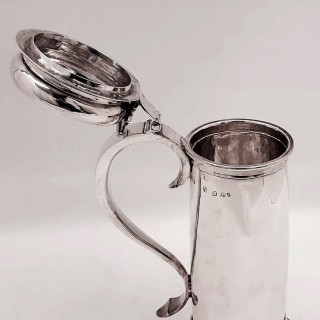 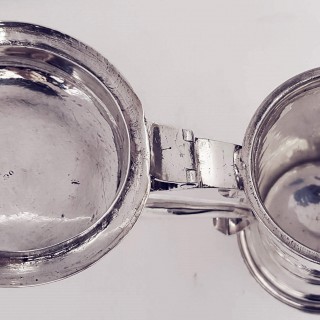 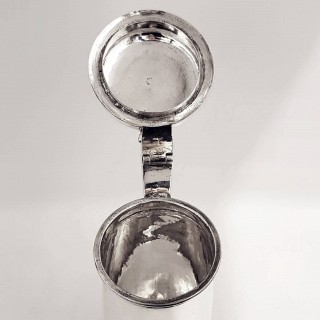 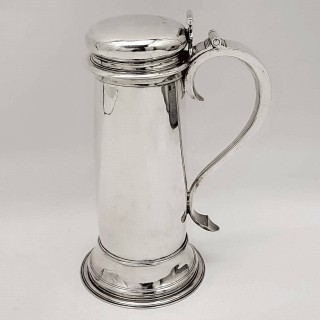 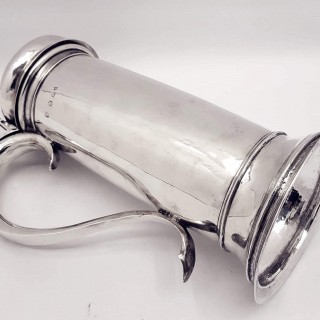 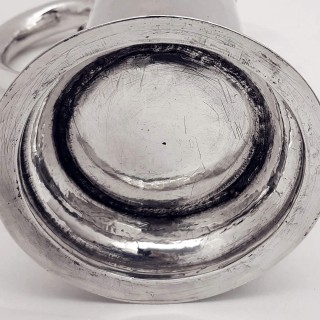 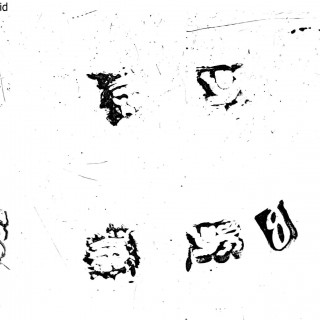 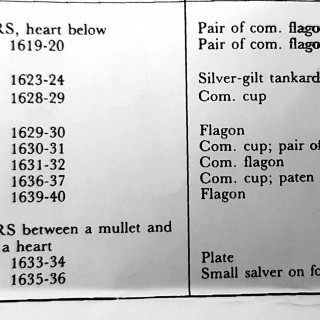 ROBERT SNOW
Robert Snow, apprenticed to Simon Owen in 1606, free by service in 1614. He had a busy workshop, taking on nine apprentices between 1614 and 1638, some of whom, such as Peter Bettesworth, William Mouse and Daniel Wormleighton became successful plateworkers. Although active in the Livery from 1622, he was only elected as an Assistant in 1637, a year before his death. (D. M. Mitchell, Silversmiths in Elizabethan and Stuart London, Their Lives and Their Marks, Woodbridge, 2017, p. 471 and 472).

This silver tankard is in very good condition, particularly considering the early date of 1624. The hinge works well. Stamped on the lid and body with a full and matching set of English silver hallmarks.
Please note that this item is not new and will show moderate signs of wear commensurate with age. Reflections in the photograph may detract from the true representation of this item.