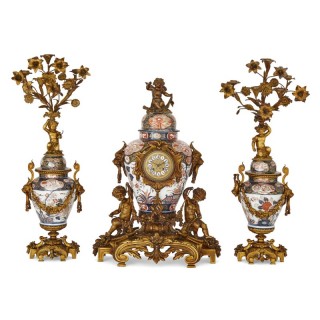 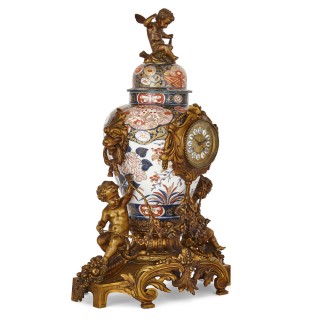 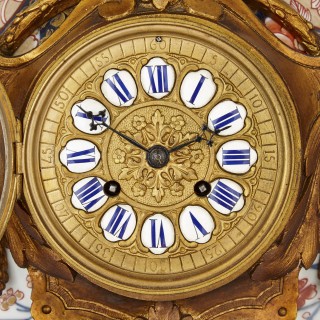 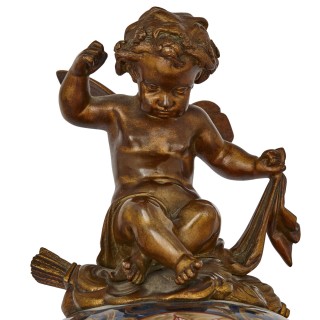 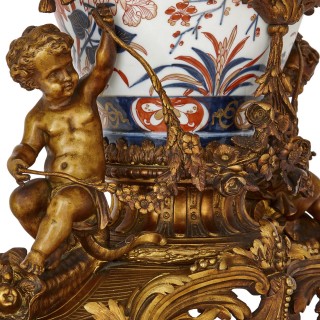 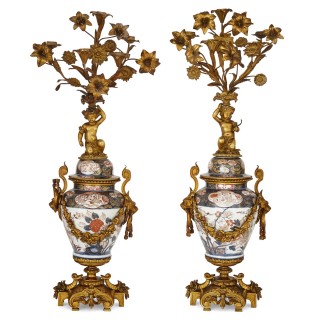 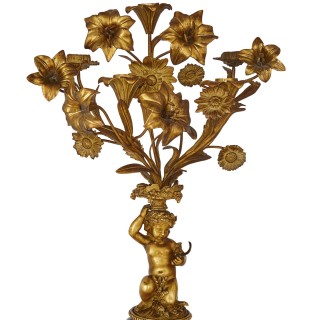 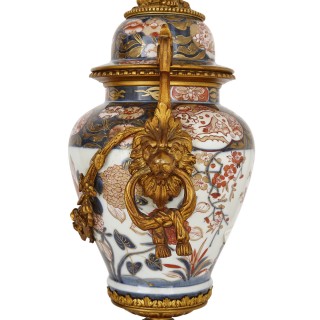 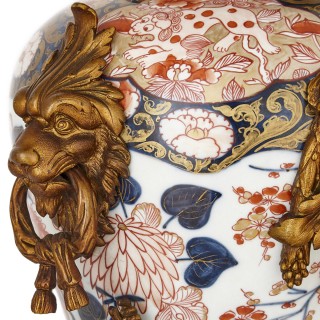 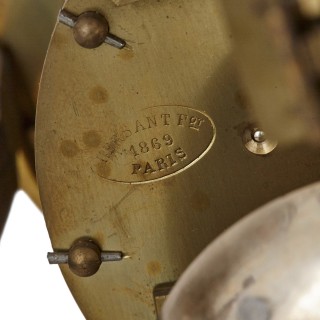 This clock set contains three pieces: namely, a mantel clock and a pair of flanking candelabra. The mantel clock is designed about a Japanese porcelain vase, known as Imari ware. This white ground vase, painted in reds and blues and ornamented with foliate forms, functions as the clock case, the dial centrally mounted and encompassed by Rococo style gilt bronze motifs. This vase is supported by a gilt bronze base, which is profusely ornamented with gilt bronze acanthus leaves, garlands, and, most distinctly, a pair of putti. The vase is mounted with lion head handles to each side, also of gilt bronze, while the lid of the vase is topped by a gilt bronze finial in the form of a putto.

The candelabra are similarly decorated and of similar construction, each one being built about a smaller Imari porcelain vase mounted with conforming gilt bronze elements. Each candelabrum supports five lights, the branches beautifully formed to mimic vines and flowers.