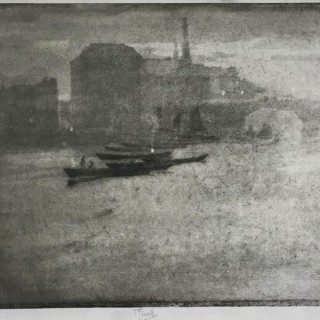 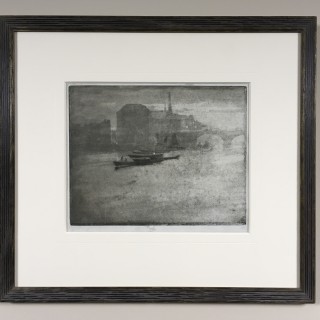 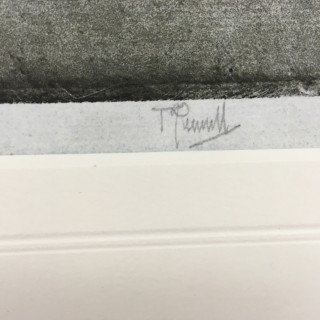 Pennell was born in Philadelphia where he studied at School of Industrial Art and the Academy of Fine Arts. In 1884 he was commissioned by the Century Magazine to supply a series of drawings of London and Italy. He and his wife, Elizabeth, moved to London where they co-authored a number of books and articles, often featuring their extensive European travels. In London he became friends with a number of writers and artists including Henry James, H G Wells, John Singer Sargent, and most importantly, James MacNeill Whistler, who was to significantly influence his work. Whistler asked Pennell to accompany him to Paris and aid in the printing of his series of etching of Parisian shop fronts. Inspired by Whistler, Pennell then produced a series of deeply atmospheric aquatint nocturnes of London and the River Thames. Pennell and his wife wrote a biography of Whistler in 1906 and despite the opposition of his family over the right to use his letters it was published in 1908. In the early years of the 20th Century the Pennells made several trips to America resulting in a famous group of iconic etchings and mezzotints of the buildings of the growing New York.