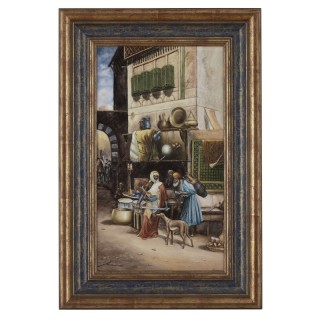 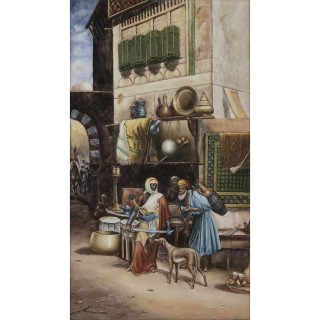 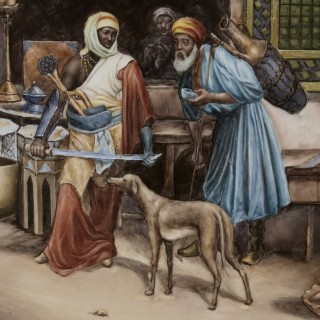 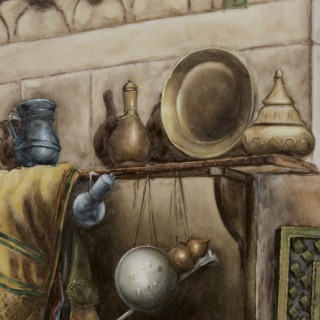 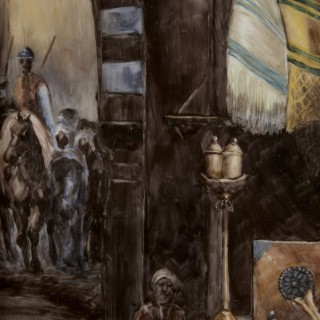 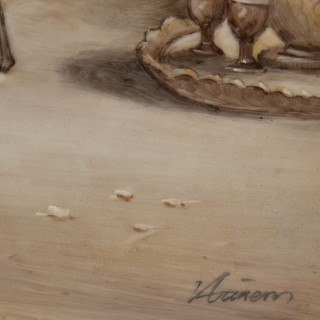 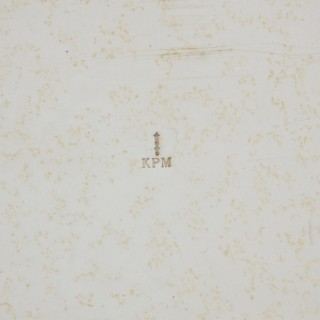 This finely executed porcelain plaque depicts a bustling bazaar, possibly in the Middle East or North Africa. The Islamic, Moorish influence can be felt in the architecture of the building depicted, as well as the wares being sold at the marketplace. In this scene, two men stand in conversation, one with a sword and the other hunched over with a water jug strapped to his back. They stand in front of a market stall where a man sells rugs, Moorish tables, and metallic wares. In the background, an archway frames distant figures on horseback, and the dome of a possible mosque can be seen.

The plaque is stamped to the reverse with ‘KPM’ and is held in a giltwood frame.