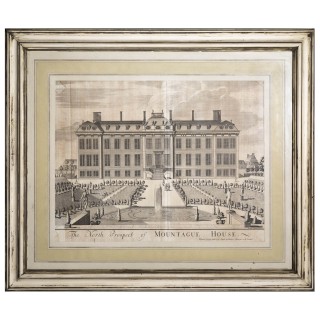 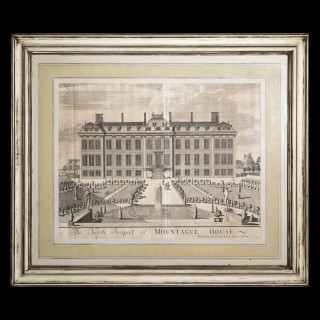 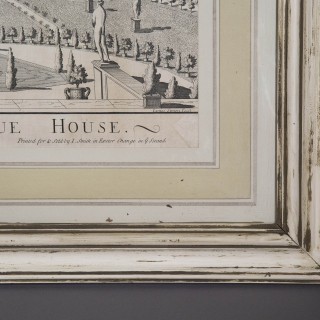 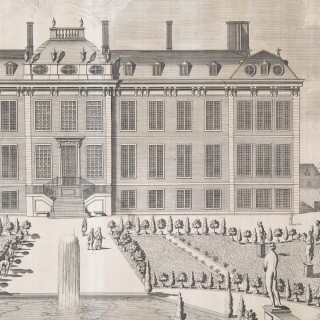 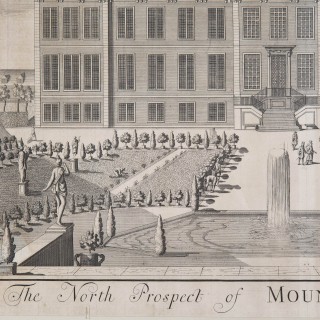 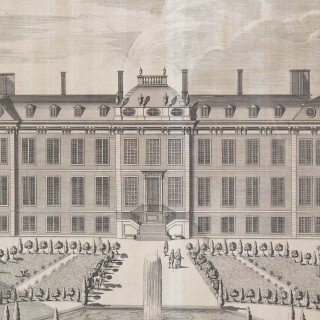 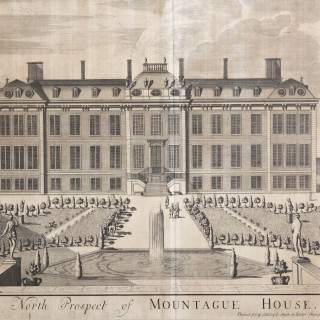 A very decorative large engraving of Montagu House, later the British Museum.
Circa 1715.

Why we like it
Rare large size, exquisitely engraved by James Simon. An identical example is in the British Museum.

The building of Montagu House began in 1677 under the architect Robert Hooke. The house was severely damaged by fire in 1686, less than 10 years after completion and was rebuilt to a similar design. It was a beautiful French-style house with an ornate interior decorative scheme, described in its day as one of the finest private houses in London. In 1755 Montagu House was acquired to house the collection of the future British Museum, the world’s oldest national public museum. Founded in 1753, it opened its doors in 1759.