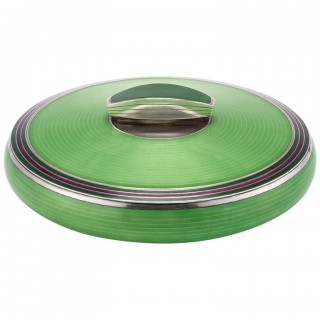 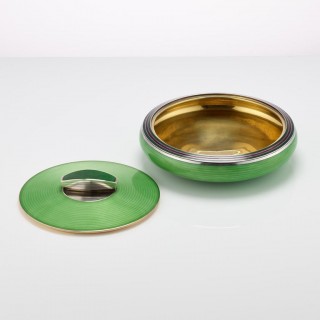 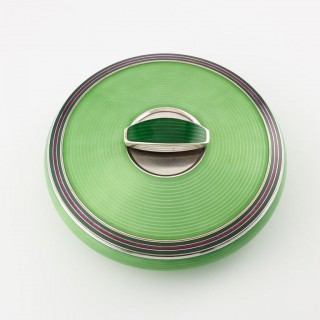 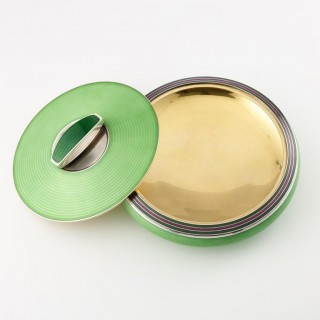 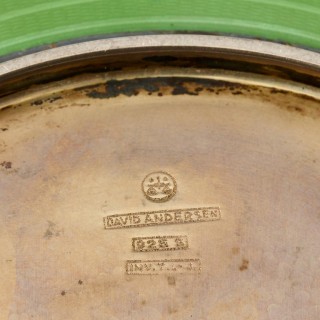 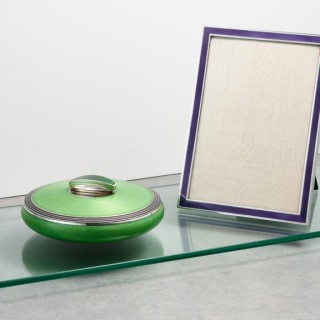 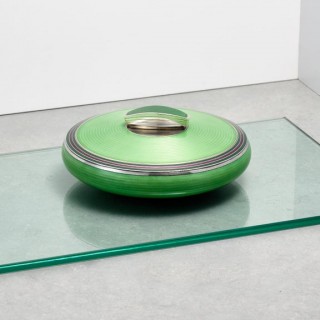 A beautifully quality object by David Andersen both in the silver & fine enamel decoration which gives the appearance of fine rings to both the bowl & cover the darker green to the finial is replicated to the outer rings on the lid.

David Andersen was a Norwegian Goldsmith. He was born in Østre Toten in 1843 and from 1859 he was in apprenticeship with the jeweller Jacob Tostrup in Christiania (now called Oslo).
He Established his own Goldsmith workshop in Christiania 1876, which eventually became a leading company in the Goldsmith Industry in Norway.

Excellent, wear consistent with age and use.