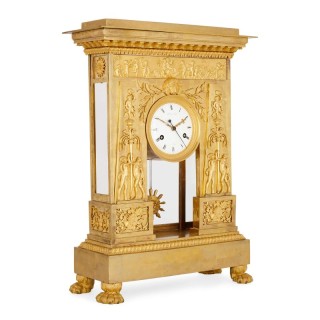 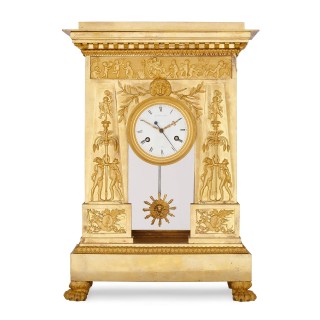 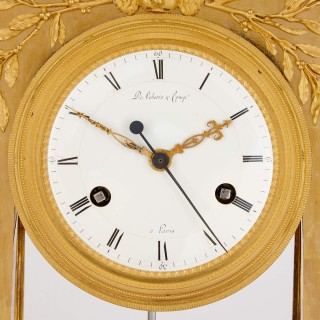 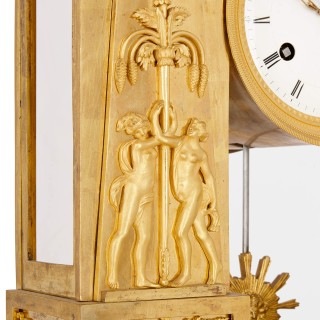 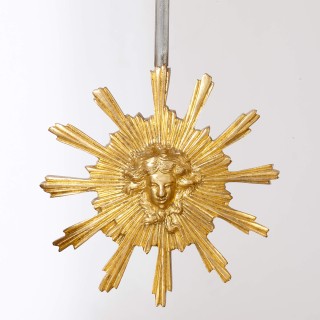 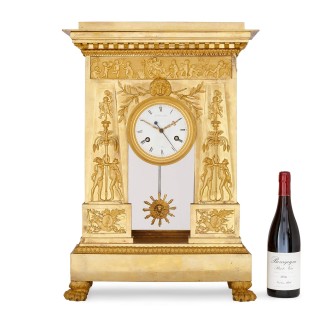 This exceptional timepiece was made in Empire period France by the highly successful and important Parisian bronzier Jean-Simon Deverberie, in the early nineteenth century. It features a two-tone gilt case, arched and centred on the enamel dial which is signed ‘Deverberie & Comp a Paris.’ Beneath hands a pendulum, and the clock is decorated in relief with dancing and music-making putti, maidens, floral elements, acanthus leaves, and lions heads and paw feet.

The clock case is cast in the form of a Roman, Classical, triumphal arch, and as such it combines exceptional craftsmanship and functionality with superb, grand, ostentatious sculptural elements. The relief work to the front of the clock is particularly impressive, invoking the manner of Classical friezes, and the sunburst pendulum adds a uniquely regal French feel. A finer Empire period piece will be hard to find.