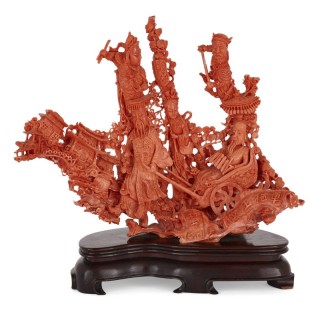 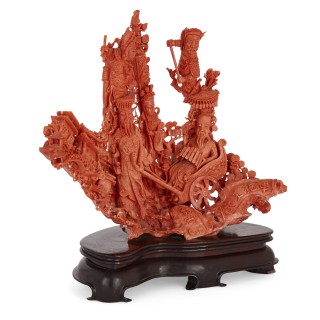 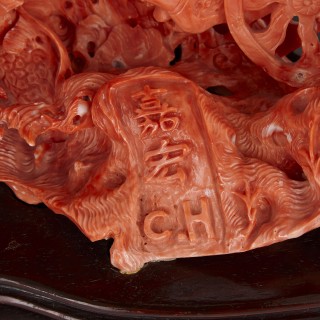 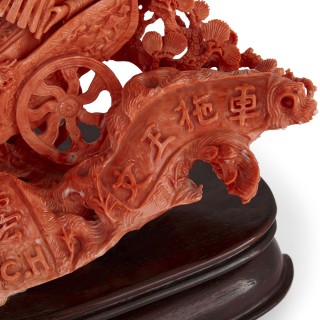 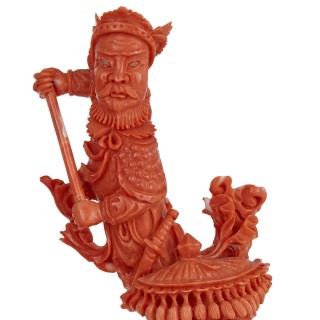 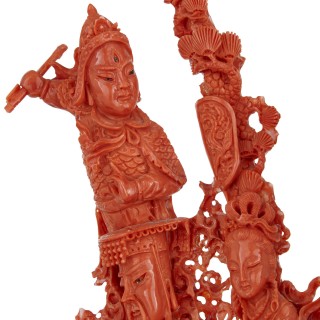 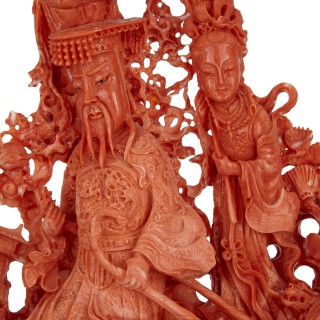 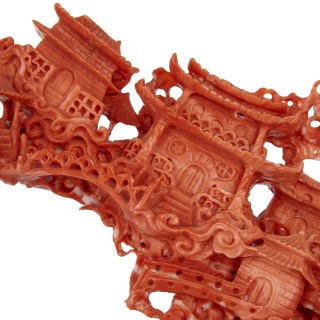 Taking beautiful natural red coral as a medium, this magnificent piece of Chinese sculpture is a spectacular work of art, demonstrating unparalleled skill and craftsmanship. The large piece of coral is carved to depict a Chinese scholar being pulled on a wheeled litter as he is surrounded by his three attendants. The group travel through a stylised landscape, complete with Chinese style buildings. The coral throughout is finely carved with Chinese motifs and a variety of natural forms, including seashells and foliage. The manner of carving is demonstrative of the very best of early 20th Century Chinese art, and this piece is a superb example of its type—carved coral being a traditional artform in China. The sculpture is supported by a wooden base.